Home / Entertainment / Steve-O Net Worth – Income And Earnings From His TV Series And As A Comedian, Writer & Musician

Steve-O Net Worth – Income And Earnings From His TV Series And As A Comedian, Writer & Musician 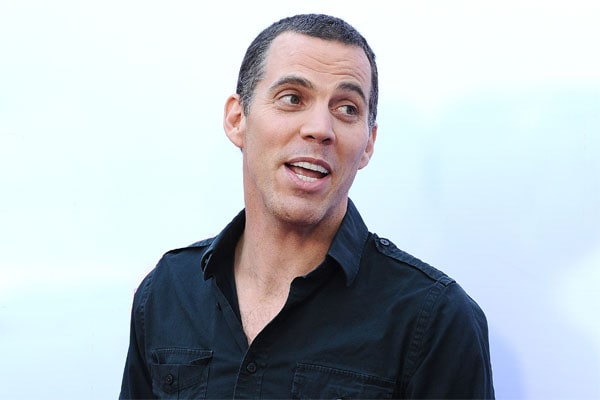 Steve-O's net worth is estimated at a grand of $2.5 million. Find out how the star eared it all. Image Source: Pinterest

The shooting of a good action film requires great stars. But many a time, the main hero behind them is actually the stuntman. More often than not, the stuntmen are not noticed by the viewers, however, one managed to stand out. He is none other than Steve-O.

With all the stunts and activities he has done, Steve-O’s net worth is estimated at $2.5 million. This amount includes his income from his movies as well as from several other sources that you may not be known about. Find out all about it here.

What Is Steve-O’s Net Worth And Sources Of Income?

As stated prior, Steve-O’s net worth is estimated at a grand of $2.5 million, which he has amassed from his career on TV. Some of his well-known works include Totally Busted, Dr. Steve-O, as well as Jackass, which Steve-O is credited as the writer of. He is also set to appear on Suicide Roadtrip, and Guest House, both of which are currently in their post-production stage. 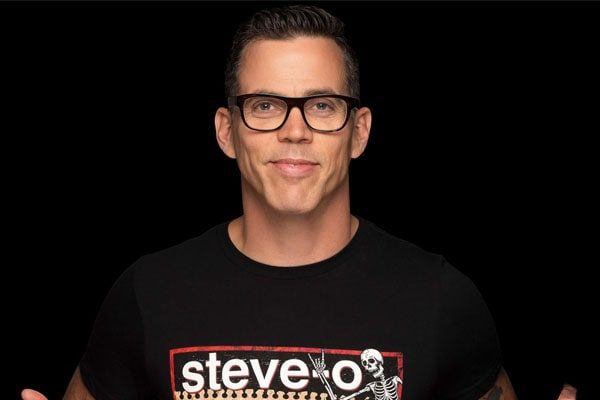 Steve-O has an estimated net worth of $2.5 million. Image Source: Pinterest.

Aside from his career as an actor, Steve-O’s income also comes from his short career in business and from selling his merch. What business might you ask? Read till the end to find out.

How Much Did Steve-O Make From Jackass?

Jackass is a successful franchise, each part making earnings in millions. So how much did the stuntman for this movie make? Astonishingly, it wasn’t much. 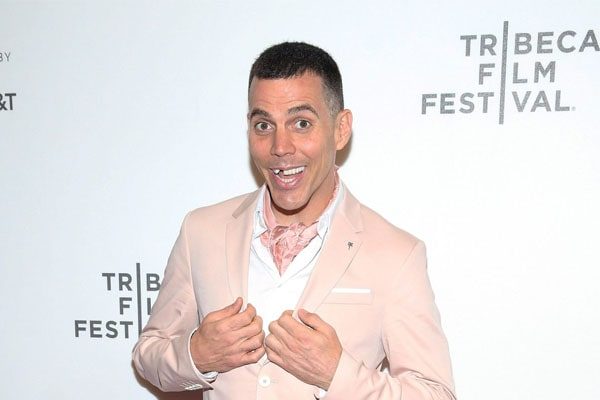 Steve-O’s earnings from Jackass was not as high as everyone thought. Image Source: Pinterest.

When he was asked how much he made for the movie, he said it wasn’t a lot. Steve-O’s salary was paid based on the number of stunts and skits that he did. For each life-threatening stunt, Steve was paid $500, and for a comedy skit, it was just $200.

How Much Is Steve-O’s Income From His Business?

During the early 2000s, the stuntman decided to launch his own shoe company. And that is exactly what he did. In 2005, Steve-O’s shoe company, Sneaux Shoes was launched. The shoes also had a commercial featuring Steve-O. It did quite well in the beginning and even earned Steve some money but was later shut down.

Apart from this, Steve is also a comedian, writer, director, musician, and producer. Steve-O’s music album The Dumbest A**hole in Hip Hop is available for sale at the low price of $7.97. Seeing how well Steve is known, he probably earned a great deal from the sales.

Income From Merchandise And Ticket Sales

As we all know, how much of a popular artist Steve-O is, it’s common to see that he also has got tons of merch. You can buy different products from Steve through his official website.

Here are some of the products along with their respective prices:

As most fans know, Steve starts his The Bucket List Tour starting 28th, February 2020, and some of his tour tickets have already been sold out. The prices of the tickets on his website are:

The prices of the merch and his tour tickets may not be a whole lot, but looking at his fan base, he has probably earned quite a bit from the sales.

What Kind Of Life Does Steve-O Live?

If you take a quick stroll, around Steve-O’s Instagram, there is something else that you’ll notice other than all of Steve-O’s tattoos. It is the way he lives his life. From his Instagram, it is evident that Steve loves to travel a lot with his friends. Steve-O’s girlfriend, Lux Wright also spends her time traveling with her boyfriend.

Along with traveling the world, Steve also makes a lot of tattoos for others. Despite the dangerous kind of life that Steve used to live, it seems that he has toned it down a little. And now his life, while still including some thrill, is far more peaceful than it was before.

Some Quick Facts About Steve-O