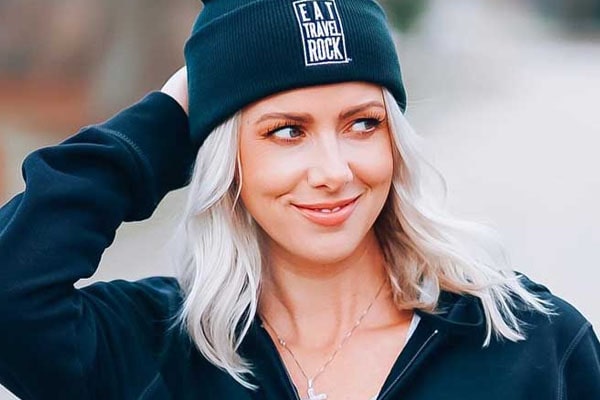 Kelly Rizzo is a beautiful food and travel blogger and a vlogger. The beautiful woman is also famously known as Bob Saget‘s wife. However, that does not hide the fact that she is a very talented individual.

The beautiful couple of Bob Saget and Kelly Rizzo first met in early 2015 through mutual friends. Bob Saget, after splitting from his first wife, Sherri Kramer, lost his hope in romance but, having found Kelly changed his perspective. Moreover, he took his love on social media and showed how youthful his life had become after meeting Kelly.

According to People, Kelly Rizzo’s husband woke up for the loo, took out the ring, and got all emotional, and popped the question. 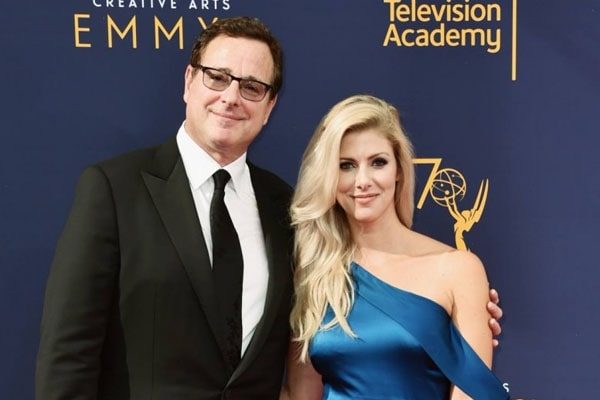 The couple shared vows on October 28, 2018, in an intimate ceremony. The wedding took place at a fancy hotel, Shutters on the Beach in Santa Monica, California. Moreover, the ceremony was beautiful, and both took to Instagram to announce they were officially married.

As mentioned in People, Bob Saget’s daughters from his marriage to Sherri Kramer, Aubrey Saget, Lara Melanie Saget, and Jennifer Belle Saget, love Kelly. She’s a hit among them. The couple is incredibly in love with one another and is extremely happy together. However, they are not planning on having a child any time soon. 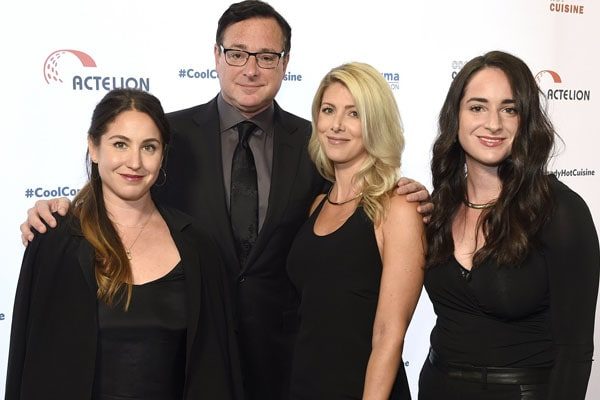 Fuller House star Saget revealed that he’s been a father for a long time and wants to enjoy the relationship, embrace their love for one another. Moreover, Kelly shared a similar sentiment and joked about talking him into having a dog one day.

The couple was happy together. Although Kelly Rizzo’s husband is 23 years older than herself, she enjoyed her time with him and spent lovely times with her spouse.

Unfortunately, after being married for only three years, Kelly Rizzo lost her husband. Bob Saget died on January 9, 2022, in a hotel room at the Ritz-Carlton Orlando. His death came as a shock to everyone including his family members. Bob was 65.

The Saget family confirmed Bob’s death in a statement to CNN. The family also talked about how the comedian loved his fans and his art. They also asked for privacy in these difficult times but also invited people to celebrate Bob’s beautiful lives.

Losing her husband must be very difficult for Bob Saget’s wife, Kelly Rizzo. We hope she has the best support system around to help her cope with this tragedy.

The gorgeous Kelly Rizzo is a food and travel blogger. She earns a considerable amount from hosting her very own web series, “Eat Travel Rock TV.” She has also appeared in media, including NBC5 Chicago and VH1.

In the web series, Kelly travels the world and talks with master chefs, rockstars, and many more. Although Kelly Rizzo’s net worth is not summed up publicly, her growth as a founder and presenter earns her well.

Moreover, the native Chicagoan started in a real estate, working in the sector for 15 years. Later, she went on to establish a company called Dream Town Realty with her mother. Rizzo’s fortune is aided by the company as well.

As mentioned before, she earns a good sum from her blogs and job as an estate agent; she’s living a comfortable life with her husband, comedian, Bob Saget. Traveling, blogging, eating, a perfect job for anyone could aspire for. Kelly currently resides in Los Angeles, California, with her partner. As for her husband, Bob Saget’s net worth is $100 million.

Born on  May 19, 1979, in Chicago, Illinois, Kelly graduated from the University of Iowa in Journalism in 1999. Her achievement by 1999 was that she became a licensed Realtor. Continuing her academic achievements, she studied communication at DePaul University from 1999 to 2004.

Kelly Rizzo comes from a very intellectual and business-minded family. Her family business, Dream Town Realty is run by her parents. Kelly Rizzo’s fathers’ name is Santo Rizzo, and her mother is Sharon Kay Rizzo. They share a fantastic bond and Kelly does not forget to wish them in their important days. 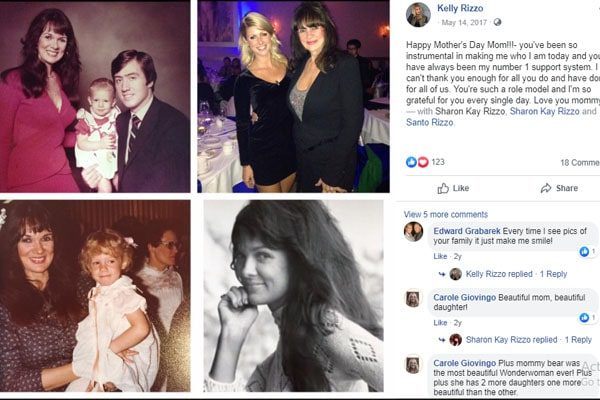 Kelly does not forget to show how thankful she is to her parents. Image Source: Facebook.

Furthermore, she did not grow up alone. Kelly was accompanied by her sisters, Kristin Rizzo and Kimberly Rizzo. Among Rizzo’s siblings, Kristin is involved in film production and photography while Kimberly is a real estate broker. All three of them share a pretty good bonding and try to be present in each others’ special days.

Kristin is a wonderful woman with her successful career and personal life. She is courageous and charming at the same time. The combination has led her places, and let’s hope she keeps up with the speed of life and conquer milestones.