Home / Celebrity News / The cutest Christmas card on the internet!

The cutest Christmas card on the internet! 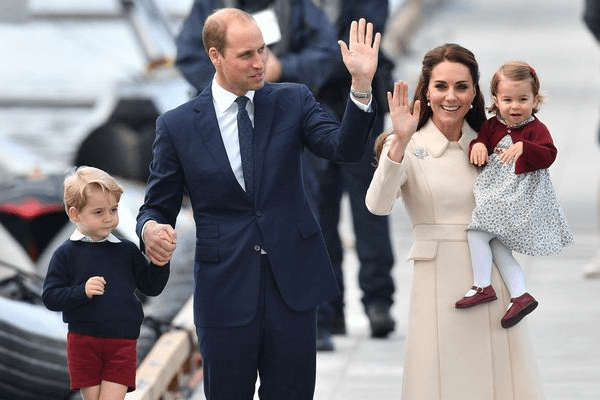 Picture credit: Daily Mail
This cutest Christmas card you have ever seen on the internet. The Duke and Duchess of the Cambridge released their Christmas card on 18th December, Monday and it’s assured to melt your heart.

In the frame, Prince William, Duchess Kate and Prince George and Princess Charlotte are all smiling. The photoshoot was done by royal photographer Chris Jackson at the Kensington Palace.

The picture is so perfectly clicked , and then their outfits are stunning as always. The color coordination of Kate’s chic suit to Prince George’s tiny pair of navy shorts. Isn’t it amazing to see how much princess Charlotte looks like her great-grandmother, Queen Elizabeth?

Soon after releasing the frame, the Kensington Palace announced that Prince Charlotte will be attending the nursery school in the new year.

The Duke and Duchess of Cambridge are pleased to share a new photograph of their family. The image features on Their Royal Highnesses’ Christmas card this year. The photograph was taken earlier this year by @ChrisJack_Getty at Kensington Palace. pic.twitter.com/p8jm6zDfl0

The school Prince is going to attend one of the outstanding school as rated by government inspectors. The website has mentioned, “The school strives to maintain its ethos for high standards, excellence, and good manners”. The fees are really high £3,050 ($4,072) per term for mornings and £1,800 for afternoons.

The school has also already announced that Prince Charlotte is going to attend their school.

Their Royal Highnesses have also announced this morning that Princess Charlotte will attend the Willcocks Nursery School in London from January 2018.

Are royal family fond of babies? Of course, yes! Kate is again pregnant with the duo’s third child with the new royal baby due in April.

Scroll down to see some of their past Christmas cards: