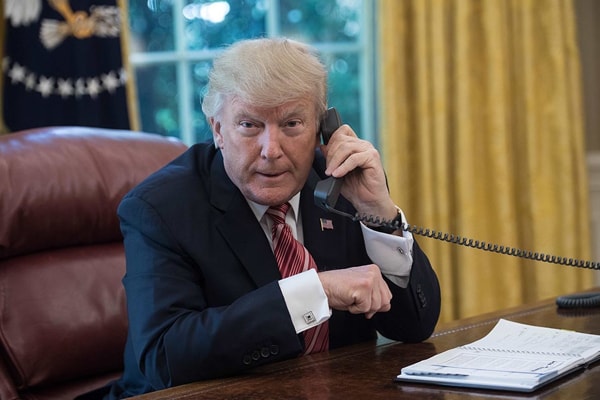 On October 25th President Donald Trump has denied a controversial New York Times story that his phone has been bugged by Russian and Chinese intelligence. Trump had stated that it was a fake news that his conversation on cellphones was being eavesdropped and he rarely used a cellphone which was only government authorized.

Trump made these statement via a couple of tweets from an iPhone disputing the news stating as fake and he had only one seldom used government cell phone. The 45th president of the United States further elaborated that the big part of anger seen in the society is caused by false and inaccurate reporting of the mainstream media, which he quoted multiple times as a fake news.

According to NY Times, Trump’s call with his old friends on one of his iPhones have been listening by Chinese spies and analyzing it for insight on administration policy. Trump’s aides had reportedly warned him in the past that his cellphones were not secure and the Russians were eavesdropping the calls.

Despite being pressured into using the secure White House landline more often, Trump had refused to give up his iPhone usage. The official and American spy agencies were acknowledged that Trump’s call had been taped by China and Russia from human sources inside the foreign governments to intercept communications between foreign officials.

Following the news on Presidents iPhone being wired, China’s foreign ministry has shown a particular interest suggesting the President should use a Huawei phone instead of iPhone or just cut all modern communication with the outside world. 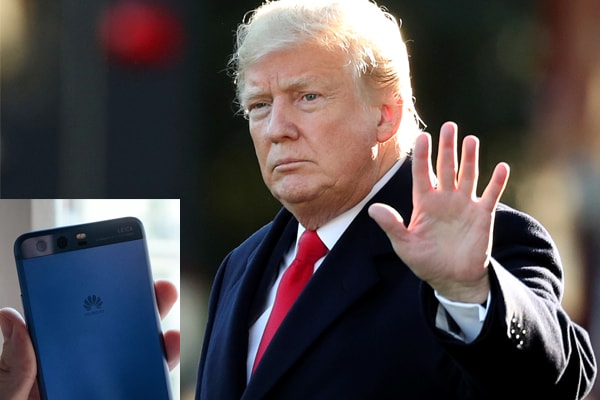 Chinese Foreign Ministry recommends Trump to use a Huawei phone instead of iPhone. Image Source: Pinterest

Chinese Foreign Ministry spokeswoman Hua Chunying also dismissed the Times story calling it as reports which act evidently that they make the fake news. Referring to China’s biggest telecommunication makers Chunying suggested they should use Huawei if they are worried about the Apple phones being bugged.

President Trump stood tall debating the NY times story as a fake news and stated that he rarely used a cellphone despite him making the same tweet from an iPhone. The world has witnessed Trump using his cell phones almost everywhere and his Twitter presence is enough to prove it. 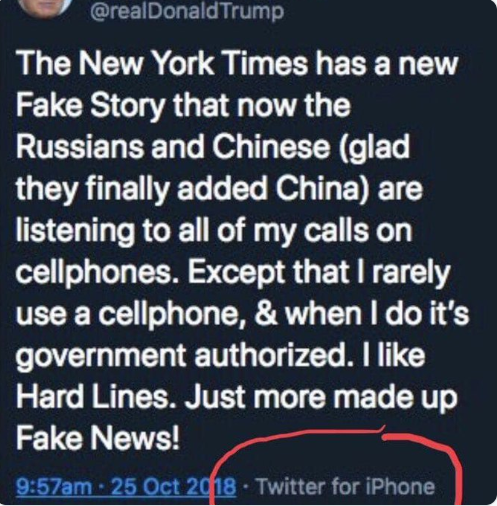 President Trump’s tweet was blazing with sarcastic responses from his followers. Many cited the common in all the responses was that they don’t believe him and his words mean nothing. Many of them were questioning what sort of device besides cell phone the President would use for his daily countless tweets. 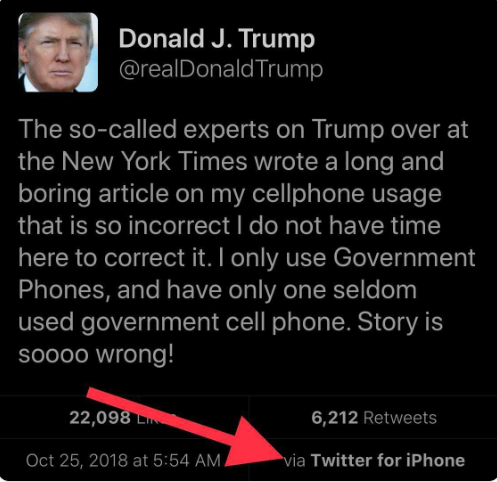