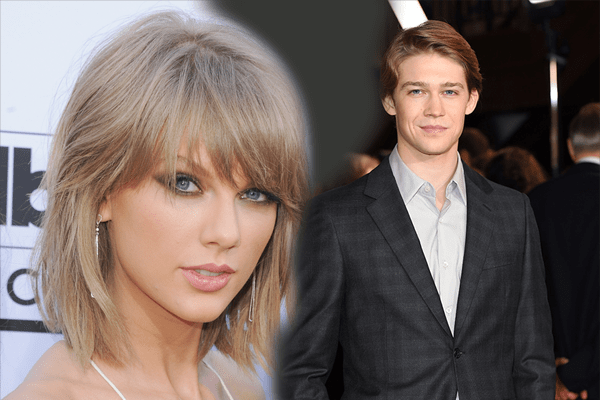 Country singer, Taylor Swift has always been so vocal about her relationships that no one would have guessed that she was in another new one! According to recent reports Taylor Swift is officially in a relationship with British actor, Joe Alwyn. There have been reports that Taylor wanted her new relationship to stay out of the spotlight and “went to great lengths” to make that work! Let us get into the details about Taylor’s new love affair!

Taylor Swift is dating again! But what most of the people don’t know is that she has been in a relationship for a long time and has been trying desperately to keep it under wraps. Taylor has been doing the deceptive work for seven months now.

Although Taylor had wanted to keep her relationship private this time around, a fan website spoiled her months of work. On October 12, 2016, Taylor enjoyed the private concert of Kings of Leon with her girl pals, Dakota Johnson, Cara Delevingne, Martha Hunt, and more. After the concert, the girls went to the Bowery Hotel for a party and the amazing thing was that Joe Alwyn was also spotted entering the hotel.

And now that we know that Joe Alwyn and Taylor Swift are officially dating it is very likely that the couple had been dating since October.

A source close to the couple said that Taylor had wanted to keep their relationship a secret while the two “have been getting to know one another”. The source also shared with E! News that Taylor went to great lengths to keep the relationship under the wraps by flying to see him in “private jet with lots of security” and landing in “small and remote airports.” Whenever Taylor is flying tot the UK, she is trying to “made sure everyone thought it was a work trip”. It sounds really secretive and desperate to get away from the judgmental eyes of the public.

The source revealed that the couple has been meeting at private locations and want to “get to know each other without the pressure of a public relationship” and people judging them. Taylor has been going to the U.K. several times to meet Joe and has also been working in Nashville.

The source revealed that Taylor is bummed that her relationship status is out but is “really excited about their relationship”!


Joe Alwyn is a shy sweetheart and I&39;m honestly a little worried the Taylor Swift PR machine is gonna eat him alive. https://t.co/d3saGW27G8

Joe Alwyn is a shy sweetheart and I&39;m honestly a little worried the Taylor Swift PR machine is gonna eat him alive. https://t.co/d3saGW27G8