Shocking Death Of Mac Miller At 26 Due To Drug Overdose 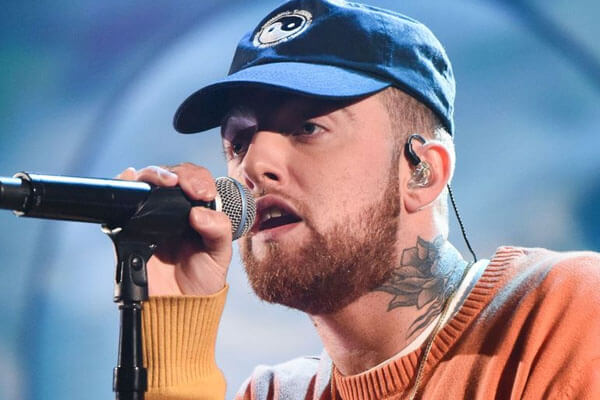 Famous Young Rapper Mac Miller died on Friday, September 7. The reason for his death is suspected to be drug overdose.

According to Yahoo, on Friday at 11:50 a.m Los Angeles Police Department received and responded to a call of death at an address that matched Miller’s house. The investigation led to details like deceased adult male and death not appearing criminal in nature.

Miller’s family later confirmed to ET saying that Malcolm McCormick famous as Mac Miller passed away at early age of 26. However, they requested to respect their family’s privacy. They said that there were no further details for the cause of his death.

One of the most respected hip-hop lyricists, Mac Miller’s death has left the music lovers in deep shock. His recent song Self Care makes more sense now.

This news  however came just a few weeks after he was charged with DUI according to ET and months after his break up with ex-girlfriend Ariana Grande.

On May and August, Mac was charged with two counts of DUI in Los Angeles.

His drug usage and accidents were often linked with his break up with Grande. To this on an interview with Zane Lowe on Beats 1 on Apple Music, Mac responded saying though his break up was stressful,  both of them have moved on and he is happy for Ariana Grande.

People Magazine  also mentioned that Miller had been using drugs for years. He had often written songs about his daily drug use and also his desire to be sober.

With his debut album Blue Slide Park‘s success, Mac Miller was known using marijuana to manage his stress while touring. Soon, to manage his mental state he was using codeine, cocaine and promethazine.

The rapper had even admitted using the drugs in his 2013 Complex interview to cope up with his depression. In 2015, he however seemed to be doing better.

After his release of GO:OD AM album in 2015, he spoke to Billboard that he was  taking a path to soberity. He said he was not doing as many drugs as he realized the drugs are rough on body and mind.

He added that he felt way healthier. He wasn’t completely sober but better than before.

Miller’s tragic news of death has left his millions fans devastated and the twitter, social media is flooded with their reactions and prayers.

Warner Bros COO and Co-Chairman, Tom Corson gave his statement to Yahoo saying Miller was an inspiring and hugely gifted artist. He had a pioneering spirit and his sense of humor touched everyone he met. Mac’s death is a great loss and the company joins all his fans across the globe to extend their thoughts and prayers to his family and friends.

im at a loss for words. we lost an inspiration to fans and many musicians. youre a musical icon forever. Rest in Peace Mac Miller ?

Completely devastated and heart broken I’m at a loss for words mac you were like a brother to me and were there for me in the hardest of times, especially this summer. I can’t believe this is real. Please tell your friends and the people you care about you love them life is so fucking fragile. You will be missed and your music will live on forever through the millions of people you touched. Thank you for all you gave us, love you bro

May your soul Rest In Peace Mac  Miller!!

For more news updates, entertainment and articles, be with SuperbHub.