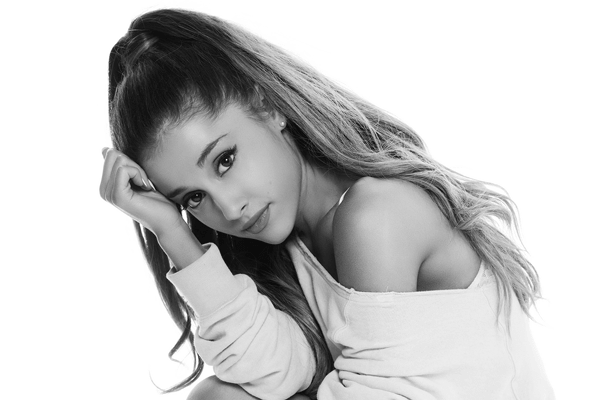 Ariana Grande, an American Singer and Television Actress, is popularly known for her songs in movies, television series and animated television and films. Ariana Grande is a young and beautiful lady with an attractive personality. Thus, Ariana Grande Net worth is reaching the height along with her distinct name and fame. The full bio is given below.

Ariana Grande, born on June 26, 1993, is an onstage performer since childhood. She is actively present in the entertainment industry since 2008. And is doing great till date. Pop and R&B are Ariana’s major genres. She began her career from a role in Broadway play at 15 following small TV roles. Eventually, she got a chance to land the role of Cat on TV’s Victorious following spinoff Sam & Cat. Progressively, she appeared in a musical arena releasing three albums titled )Yours Truly (2013), My Everything (2014) and Dangerous Woman (2016).  Presence in social sites increased her popularity. currently Ariana Grande net worth is facilitating her to spend a lavish celebrity life.

She has an older half-brother named Frankie J. Grande, American Dancer, actor, singer, television host, You Tube personality, producer (January 24, 1983). But unfortunately, her parents separated when she was 8.

From the very early age, Ariana Grande, started performing at the Fort Lauderdale Children’s Theater as her first role in Annie.

Subsequently, her first break came in 2008, in the Broadway production of 13. And led her to win a National Youth Theater Association Award.

After two years, she appeared in the musical Cuba Libre and had a small role of TV show called The Battery’s Down. At that time, Ariana appeared in a breakout role of the Nickelodeon series Victorious.

Victorious was set at a performing arts high school where she was cast as Cat Valentine. She had to dye her hair red every week as the executive producer wants her to fit the personality of Cat. The show released in March 2010 to the 2nd largest audience for a live-action series in Nickelodeon history with 5.7 million viewers.

The role helped her to be established as teen idol, but she state music is her first and foremost priority and is more interested in a music career.

Successively, the second season premiered in April 2011 to 6.2 million viewers. That show was listed as the highest rated episode of Victorious.

With the wrap up of the first season of Victorious, Grande began working on her Debut album in August 2010. She was coached by Eric Vetro. Ariana has her first musical appearance in August 2011. It Give It Up on the soundtrack Victorious: Music from the Hit TV show. Later, she made several recording of own singing cover songs and uploaded them to her You Tube channel.

Being impressed with her voice, CEO of Republic Records make a contract to her. She released her first song Put Your Hearts Up in December 2011 and later that song certified gold by RIAA.

Facing several ups and downs and going through several series, she finally released her first studio album Yours Truly on August 2013. In September 2013, the album stand at No. 1 on the US Billboard 200 albums chart. In album’s first week, 138000 copies were sold. And the album make Grande to be the female artist of the particular year.

Besides that, she was ranked as the 15th female artist overall. The album enlisted in the top 10 in several countries including Australia, the UK, Ireland and the Netherlands. By 2014 the album had sold over 500 thousand copies in the United States and later listed as the first Platinum album.

By the year 2013, Ariana went through several achievements. She won New Artist of the Year award in the American Music Award 2013. Moreover, she received the Breakthrough Artist of the year award by the Music Business Association, considering her achievements throughout 2013 including her No. 1 debut on the Billboard 200 and top 10 single on the Hot 100.

Successively, Grande recorded her second studio album.  For the release of the album, she teamed with the singer-songwriter Ryan Tedder and record producer Benny Blanco and Max Martin. In the mean time, she received Favorite Breakout Artist award at the People’s Choice Awards 2014. Her luckiness, she was even called by Barack Obama and first lady Michelle Obama to perform at the white House Concert for the Easter Egg Roll event.

She then came as lead single Problem on April 27, 2014 debuted at No. 3 in the US Billboard 100 and No. 1 in the UK Sinlge chart. The single highlights Grande as the No. 1 single in the United Kingdom. It also maintains the record as the No. 1 song on the British history on the basis of sales and streams.

Further Ariana appeared as the second single Break Free debuted at No. 1 in the Billboard Hot 100 as well as No. 1 in the Hot Dance/ Electronic songs. The video has 900 million times views. Later she performed the song on the 2014 MTV Video Music Award which was viewed by more than one billion times. Eventually, she won Best Pop video for problem.

Her third single Love Me Harder, forth single soundtrack album for the film The Hunger Games: Mockingjay and fifth single One Last Time also led her the top position certifying double platinum by the RIAA.

On May 22, 2017, Ariana went through an accident just after completing her concert in Manchester. She was there as Dangerous Woman tour across North America and Europe. England and a suicide bomber detonated a bomb at the exit of the concert hall which results in 22 killed and 116 wounded including many adults and children. That was a terrorist attack.

Suddenly she suspended her tour. After 13 days of attack she returned to Manchester to perform a benefit concert on June 4 for bombing victims including her fellow superstars Miley Cyrus, Katy Perry, Justin Bieber, Liam Gallagher, Chris Martin and Pharrell Williams. Ariana raised $23 million. Ariana Grande net worth facilitates her to help the victims. She also offered 14,000 free tickets to people who had been at the concert before. On June 7 she resumed her performance towards Paris.

Because of her active participation throughout the duration she listed on the Time magazine’s list of The 100 Most Influential People in 2016. The tour resumed in Europe, Latin America, Asia and Oceania and ended in September 2017 earning more than $71 million and selling 875,000 tickets.

Ariana Grande dated Graham Phillips since 2008 till December 2011. As of now, she is dating Mac Miller since September 2016.

Ariana Grande’s different stage performance including 13, Cuba Libre, A Snow White Christmas, discography, tours and festivals, opening act are the source of Ariana Grande Net worth. At the present duration Ariana Grande net worth is estimated to be $35 million.

I do not like snoopy reporter with lack of fashion sense...... not one little bit https://t.co/rRrzi6KbRQ