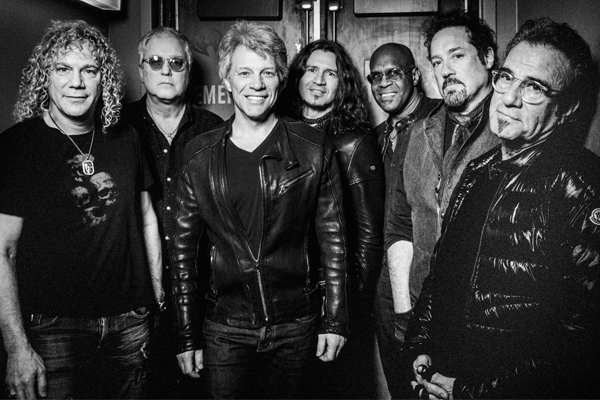 Bon Jovi rocked The Forum with their 2000 hit anthems like It’s My Life, Shot through the heart and a couple of their hit songs. They were honored with the first Icon Award at 2018 iHeart Radio music awards on March 11, 2018.

It’s been more three decades Bon Jovi have held their feet in the rock scene. Bon Jovi entered the Billboard 200 at No. 1 with their 2016 album This house is not for sale. They are also getting warmed up to be inducted into the Rock and Roll Hall of Fame next month.

After the performance Olympian Shaun White honored Bon Jovi with the Icon Award for their 35 years career in the rock and roll scene.

“I want to thank the fans of three and a half decades who have been listening to Bon Jovi.  The only advice I’ll tell this incredible talent is stay true to who you are and then they are going to make you icons too someday.”

iHeart Award had tweeted a video of the Band receiving the prestigious and honorable award.

Bon Jovi is preparing for their two-month tour starting on March 14 Denver, Colorado and ends in Washington D.C. on May 14. The biggest winners of the iHeart Radio Award are listed below:

Bon Jovi’s 23 years old daughter Stephanie Rose Bongiovi joined him on the stage of his Las Vegas show after 16 years. Stephanie was around 7 years old when she first shared the stage with her dad. Jon Bon Jovi wrote the song I Got the Girl for his daughter who danced with him throughout the song in Las Vegas. 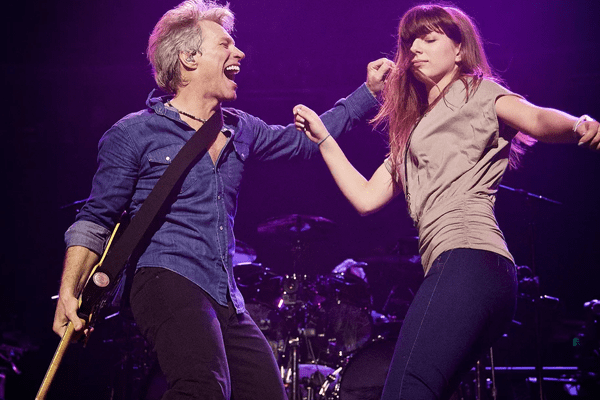 Bon Jovi is a devoted family man from small-town New Jersey. He is married to his high school love Dorothea Hurley Bongiovi, together the duo has four children.

The nominee Taylor Swift premiered the official music video of her new single “Delicate” during the live telecast of the Award ceremony held at The Forum in Inglewood, California. The video premiered right after Taylor was awarded the Female Artist of the Year.

For more Celebrity News and Entertainment Stay with SuperbHub.