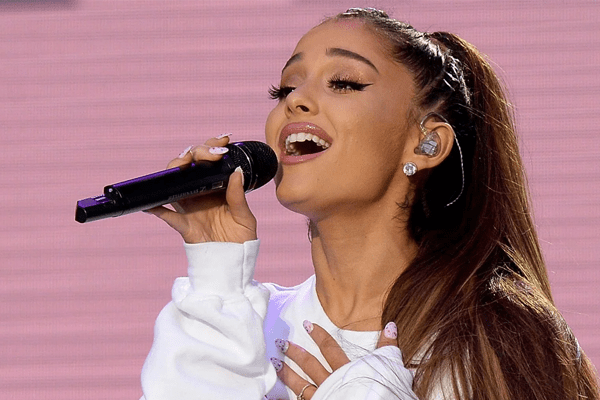 After a long hiatus, pop-star Ariana Grande has finally released a song titled “No Tears Left To Cry“. The single was dropped today on her YouTube channel.

The 24-year-old singer had been giving multiple hints about dropping her new song today. She posted a photo with the caption “Friday”, hinting that she was going to drop her song today.

Ariana also gave a lot of hints on her Instagram handle by posting a clip of her song with the word “tonight”.

And she did just that. She dropped the song at the very first moments of today a.k.a. Friday. This song is supposedly the first single for her 4th studio album, which she is set to release soon. She released an interesting artwork of the cover for her album on her Instagram account.

This is Ariana’s first song since the Manchester Bombing incident in May 2017. During one of her concerts in Manchester, a suicide bomber bombed the venue. The bombing killed 22 people and injured over 500 people. The bomber’s identity was revealed to be Salman Abedi. The 22 year old Abedi bombed the venue under the influence of Islamic terrorist groups.

The bombing took place just after Ariana had finished singing her song. Thankfully, no harm came to Ariana as she was safely escorted from the arena.

All the 22 deceased people were identified whereas the injured ones where taken to the hospital. More than 400 police officers and 60 ambulances arrived to the scene to help escort people away from the arena.

These events left Ariana Grande in a state of shock and horror. “Ariana is deeply traumatized by the incident”, a reporter said.

Heartbroken by the incident, Ariana suspended the tour and returned a week later with the One Love Manchester Charity concert, standing up against terrorism. She was joined by a lot of other stars like Justin Bieber, Katy Perry, Miley Cyrus, Chris Martin and many more.

Pop singer Ariana Grande’s new song is accompanied by a music video directed by Dave Meyers and produced by Nathan Scherrer. This music video is already trending as it has over half a million hits in just over an hour.

Ariana Grande’s new album will be her 4th studio album. She previously released 3 albums titled Yours Truly, My Everything and Dangerous Woman.