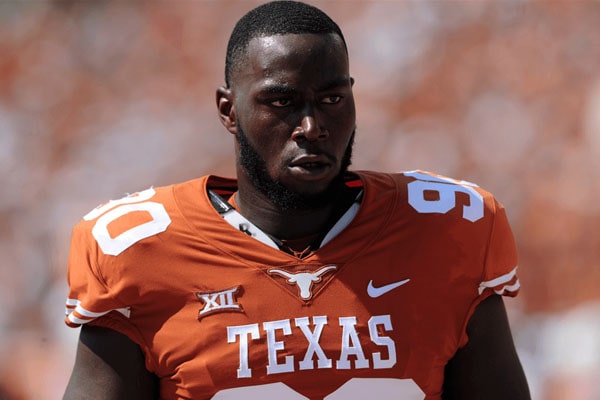 Charles Omenihu is an American football player born on August 20, 1997, in Texas, United States.  He plays as a defensive end player. Charles started his NFL career playing for Houston Texans.

Omenihu started playing football when he attended Rowlett High School in Rowlett, Texas. Later on, he continued playing for the University of Texas. Charles wore No. 7 jersey in high school and No. 90 at Texas as he was the fan of Jadeveon Clowney.

Charles Omenihu, from an early age, was quite a remarkable player. As he was playing for the University of Texas, he had 115 tackles and 16.5 sacks under his name. He was awarded with the title of Defensive Lineman of the Year in 2018. After completing his college, it was time for the NFL Drafts. 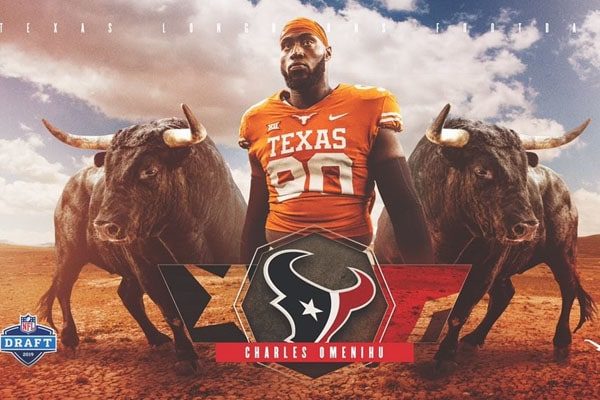 The Houston Texans drafted Omenihu in the fifth round on the 161st pick overall in 2019’s NFL Draft. Moreover, he was the first Longhorn taken in 2019’s draft. He wears No. 94 jersey as a Texan player.

Nonetheless, He thanked Houston Texans for providing him with the opportunity of a lifetime.

Thank you to @HoustonTexans for giving me this opportunity of a life time I will promise you this I will make you guys proud and the city of Houston head down ready to work.

Overall, Charles has shown an excellent performance in 2019’s NFL play through playing in the defensive end. Charles Omenihu’s stats are remarkable and can be overviewed on the page of ESPN.

Charles Omenihu’s net worth is yet to be revealed to the public. But according to Sportac, he signed a four-year contract with Texans worth $2,815,280. 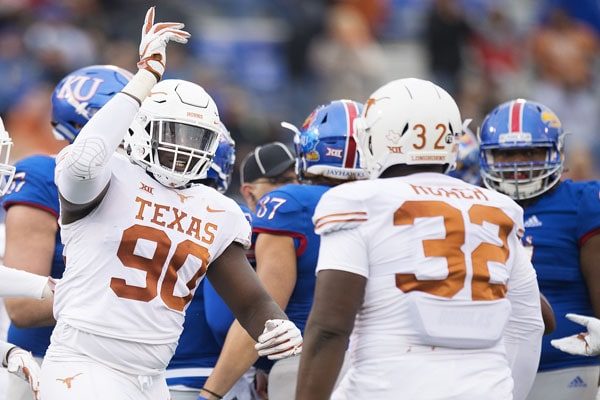 Charles was jersey No. 90 when he was playing for the University of Texas. Image Source: Getty Images.

Furthermore, Charles is a rising star in the field of football. He is currently focusing on his career as a footballer. Charles has accumulated his fortune through his career as a sportsman. And knowing that he is doing so good, he must live quite a comfortable life with his family.

Charles Omenihu, even though he was born in the U.S.A, his parents were from Nigeria. His mother’s name is Regina Omenihu and his father’s name is Sunday Omenihu. He has also got a sister named Augustina Omenihu.

Besides, having achieved everything he ever wanted, Charles has a piece of his heart missing. He lost his lifelong friend, Newton Ananti, to a heart defect at age 19.

He has also shared a heart-touching post on his Instagram, wishing his late friend Newton a happy birthday.

Moving on, Charles loves spending time with his teammates. He often uploads pictures of his matches on his social media pages. 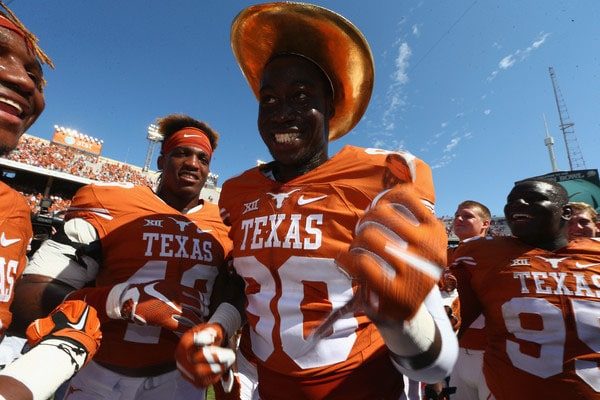 Furthermore, seeing his social media pages, it’s rather hard to guess that if he is in a relationship or not. Maybe he likes to keep his fans guessing. Charles Omenihu’s partner’s name is not out in public yet, but we can assume that he must have one. Or maybe he is just not ready for a relationship yet as he has just started his career.

To conclude, we can say that Charles is an uprising name in the football world, and we do like to see him do extremely good and want to wish him for his upcoming matches.