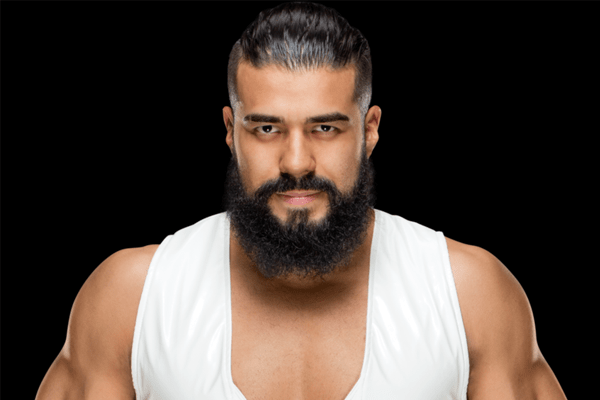 Almas spent more than 2 years in WWE’s developmental territory NXT, where he won the NXT championship one time. He is flanked to the ring by his manager, or business associate (Damn it WWE!!), Zelina Vega.

Andrade was born in Gomez Palacio, Durango, Mexico on November 3, 1989. He is the son of legendary wrestler Brilliante and the grandson of Mexican wrestler “El Moro”. His entire family, along with siblings and cousins also belong to the pro-wrestling business.

Andrade Almas made his wrestling debut on 3rd October 2003. He wrestled at the start of his career in his family’s wrestling promotion. He wrestled under the name Brilliante Jr., paying respect to his father. He wrestled there from 2003 to 2007.

Andrade “Cien” Almas joined CMLL in 2007 and started wrestling under the ring name La Sombra, also wearing a mask. He had a successful run in CMLL as he won multiple championships in the process. He quickly moved up the ladder in CMLL and became one of the top wrestlers in the promotion.

Almas was also one of the founders of  Los Ingobernables, a very popular faction in CMLL. The founding members of the group were Rush and La Mascara.

Thanks to a working relationship between NJPW and CMLL, Almas wrestled for NJPW from 2014 to 2015. He took part in prestigious tournaments like Best of the Super Juniors, New Japan Cup, and World Tag League.

Almas also won the IWGP Intercontinental Championship, defeating Shinsuke Nakamura before losing it back to Nakamura.

Andrade “Cien” Almas signed with WWE on 19 November 2015. He was assigned to the developmental territory NXT. While being extremely talented, he was unable to leave an impression.

That all changed when he was paired with manager Zelina Vega. He became highly after aligning with Vega, winning the NXT Championship from Drew McIntyre in the process.

He successfully defended the championship against Johnny Gargano before losing it to Aleister Black.

During the 2018 Superstar Shakeup, Almas was drafted to Smackdown along with Zelina Vega. He made his debut on May 15, defeating a jobber.

Personal details about Almas’s life is very limited. We do know that he is not married yet and doesn’t have any kids. Details about his girlfriend are not known.

We’re ready ? Are you? #SDLive

Plus, he makes his additional money from live events, PPV bonuses as well as merchandise sales.