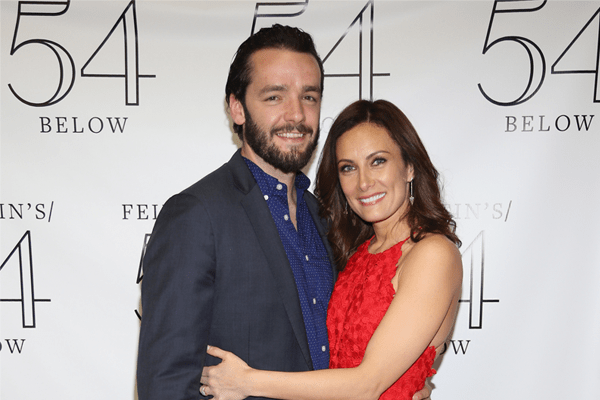 The Supergirl actress, Laura Benanti has made the headlines again, this time with a baby alongside. Along with husband Patrick Brown, Laura Benanti is jolly and welcoming her first child on Tuesday, February, 14. The couple celebrated their V-day with their newborn daughter. How adorable! Let’s get into the details!

As stated by E! News, the beautiful actress gave birth to a healthy and beautiful baby girl at around 3:33 pm eastern on Valentine ’s Day. Both Laura and the newborn are doing fine.

The couple announced that they were expecting a baby back in August 2016. Of course, in twitter! Laura went on to write on her twitter account, “Coming this winter… #BabyGirlBrown.” And the world had already gone crazy by the news.

We know Laura Benanti from her exceptional work in Supergirl as the character, Alura Zor-El / Astra In-Ze. She had also lately grabbed the attention of people when she impersonated the First Lady of the United States, Melania Trump in The Late Show With Stephen Colbert.

She is also noted for receiving a Tony Award for her work as character Louise in the 2008 Broadway revival of Gypsy.  Laura seems to be unstoppable since her entry in the field of acting. She has been going on and on with her remarkable acting career.

Laura who has been married thrice had never had a long lasting relation. She was married to Chris Barron from 2005 to 2006 and then to Steven Pasquale from 2007 to 2013 both of which did not result in a child. She got married to Patrick Brown in 2015. From there, things escalated quickly and now Laura holds their first born.

Laura Benanti revealed a year ago that she had suffered a miscarriage. With the Huffington Post, Benanti shared that she has been dealing with ‘loneliness and isolation’ through her miscarriage which has given her ‘a deep empathy and gratitude for the women who have opened up’ to her about their own similar stories.

Now, Benanti seems elated with the birth of her baby. And we could not have been happier for her! Congratulations to the beautiful couple on having a lovely daughter. As Laura’s professional career is coming to arise, her personal life has also been flourishing. So it seems! We hope the best for this brilliant actress, her husband, and of course, her newborn daughter!