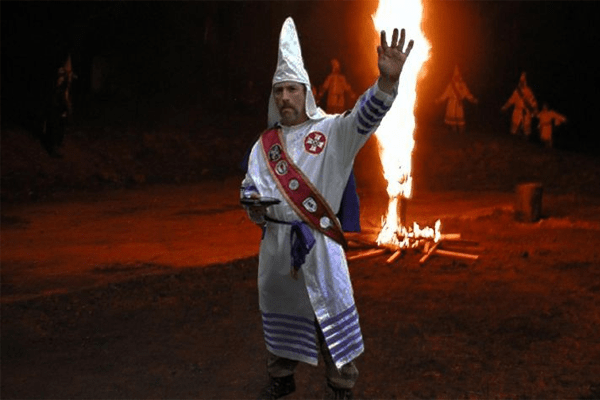 With all the racial hate that’s been brewing in America, Americans have fear in their heart for what will happen next. Rivalry and racial hate inflicted crimes have seen a rise in America. Fresh of the plate! The Commander of Ku Klux Klan, Frank Ancona has been found dead near The Big River!

Fifty-one year old, Frank Ancona who is better known as the leader of the Missouri Ku Klux Klan (KKK) has been found dead near Belgrade, Mo. on Saturday. Frank Ancona’s disappearance had been raising concerns and suspicion since a few days. And on Saturday, the suspicion turned into dismay.

A family was heading to the Big River for fishing when they found the motionless body of Ancona. Upon investigation, the Washington County Sheriff Zach Jacobsen revealed that Ancona was shot dead in his head. Later upon further investigation, it was found that his car was parked on national forest land.

The body of Frank Ancona has been sent for an autopsy in the Washington County Coroner’s Office. After an intensive investigation, a man was arrested on the grounds of unrelated drug warrant.

It was reported by Leadwood police Chief William Dickey that Ancona was last seen by his wife on Wednesday at around 8:30 or 9. He had left for work but never returned. The entire event turned out to be suspicious when his wife, Malissa Ancona revealed that Ancona received a call from his office and was asked to deliver vehicle parts across the state. She stated that Ancona packed a bag of clothes and additional took a couple of guns from his home. She revealed all the details to Daily Journal.

However, Malissa then contacted The Washington Post and told that all the news coverage made by Daily Journal were untrue. She told The Wahington Post that she tried to contact Leadwood Police who later ‘changed every single thing around’ that she said.

She later revealed to the Washington Post that Ancona left for work at around 3:30 p.m. on Wednesday and returned home at 2:30 a.m. on Thursday like his normal routine.

Is Malissa trying to hide the truth or is she purely innocent? What is the truth behind the murder of the Ku Klux Klan commander in this state of growing racial hate? We will soon know! May Frank Ancona’s soul rest in peace!