Dan Ewing moving on from split with ex-wife, Marni 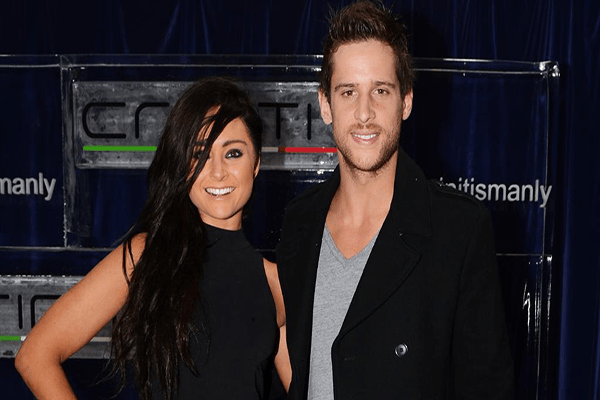 It seems that the Home and Away actor, Dan Ewing has finally moved on with his life by dating his dancer girlfriend, Kat Risteska. After a split from wife, Marni Little, Ewing was finding it difficult to love anyone else. But not anymore! The dashing Dan Ewing is in love again!

Dan Ewing has gained his prominence from his role as Reuben Humphries on Seven Network’s Home and Away. He has also played the role of Heath Braxton. This Australian hunk has become a household name.

Dan Ewing married his wife Marni Little in 15th December 2012. Together the couple even had a child named Archer Grason Ewing. However, the love started dwindling in 2015. Soon in December 2015 the couple sadly separated.

There were rumors that Dan had approached Marni after the split. Even in December, Dan asked Marni to rekindle their relationship. However, things did not go the way they wanted. Dan is known to have sent an array of desperate texts to ex-wife, Marni. Poor thing!

Even after all of this, Dan Ewing vowed to always love Marni no matter what. Howver, at present it seems that Dan has finally found the one who loves him. And who might it be other than the dancer Kat Risteska. The 25 year old, Kat Risteska has been seen on So You Think You Can Dance.

Sources revealed that Kat and Dan were having a long distance relationship for three month. How could we have missed that out? In a recent interview, Kat blushed on speaking about falling in love and about her new boyfriend, Dan Ewing. Dan Ewing is currently busy with his role in Gold Cast and raising his son. However, amazingly he got the time to date.

In a recent instagram post, she showed appreciation for Dan and his work and called him ‘babe’, not forgetting to tag him. That cleared things out for his fans. The post came only a few weeks after Dan’s vow to always love Marni! We assume that the once adored couple, Dan and Marni will remain good friends in the years to come.

After all the self-blame and hurt, Dan Ewing deserves this piece of cake. However, many have not supported Dan Ewing. Is Dan disregarding his ex-wife and kids or is he simply in love again? We will find out soon! Till then we wish the best for him and his family.