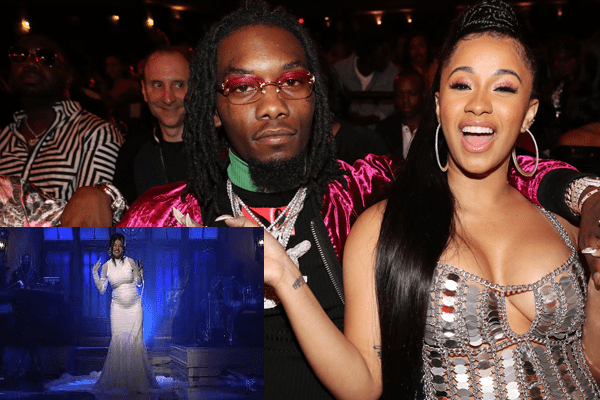 After months of Speculation, the truth has finally been revealed.

Cardi B is pregnant! The mom-to-be is pregnant with her fiance Offset. The pregnant “Bodak Yellow” rapper made sure she had all eyes on her when she revealed the baby bump in a tight white gown during her performance on Saturday Night Live.

Following Cardi’s performance on which she had initially worn a metallic structured pink outfit to hide her baby bump which she later changed into a white long-sleeved gown to showcase her growing bump. 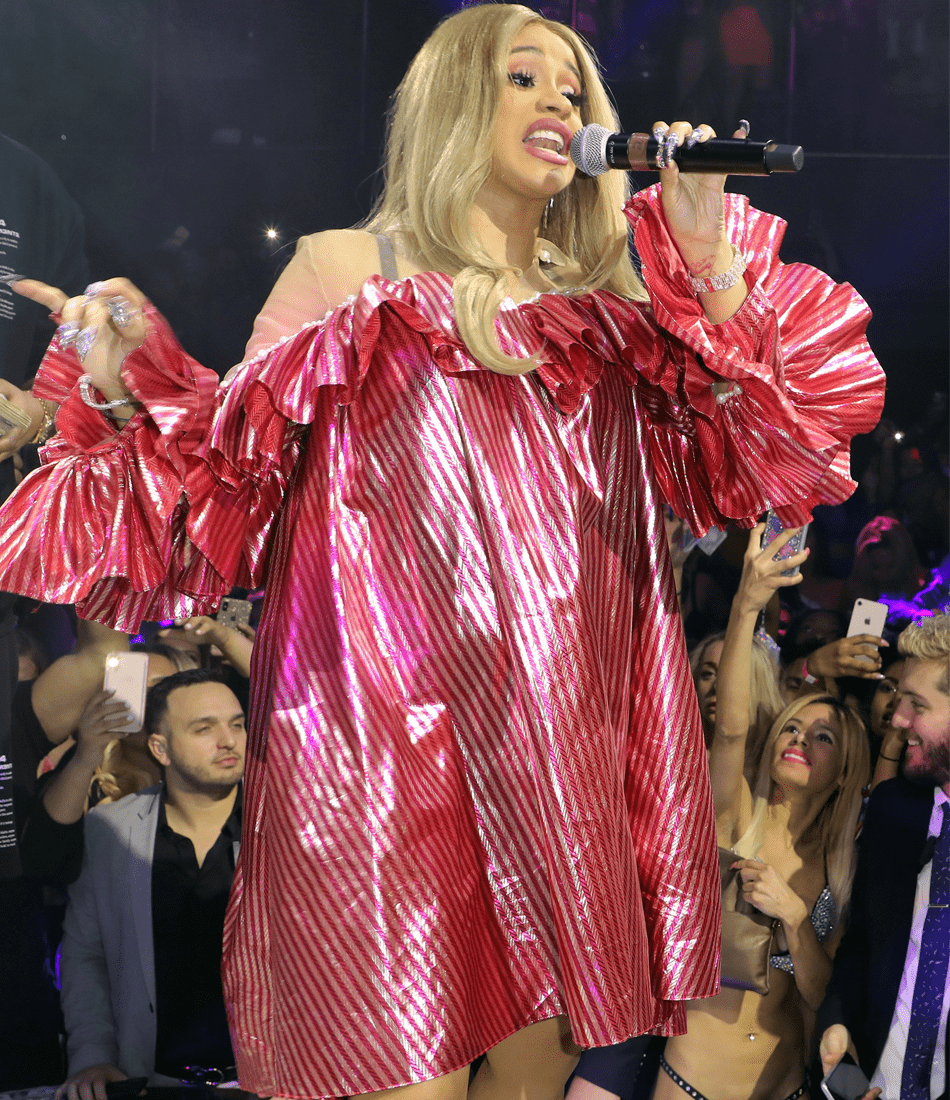 After the performance and the pregnancy reveal, Cardi B hit the backstage where she was met by an applauding crowd. Cardi whose debut album Invasion of Privacy came out on Friday, April 6 exclaimed after the show “I’m finally free!”

Why did Cardi B hide her pregnancy?

Cardi B had been keeping her mouth sealed for some time now hiding her pregnant belly by wearing strange outfits. Rumors had been surfacing and heating as days passed when Cardi was seen in distracting designs, large coats, and structured outfits.

Well, it was already speculated for months that Cardi and her fiance Offset were expecting their child together. Despite Cardi had denied it in an Interview but she could not take it for granted as her bump started growing as day passed by.

Right after the news of pregnancy reveal broke out, social media flooded with backlashers and Cardi had something to say about this situation. Cardi bounced back with a statement in her Instagram Post which she later deleted saying,

“This is why I did not want to say nothing. People be so thirsty to scrutinize and try to destroy something that it’s supposed to be a blessing “

Cardi had tweeted after the pregnancy news started surfacing on social media saying that she had started to win when the whole world was doubting her and now would she lose with her baby counting on her.

I started winning when the whole world was doubting on me !think imma lose with my little baby counting on me ?

On April 9 Cardi posted on her Instagram that the love she’s been receiving is overwhelming and couldn’t thank enough to the well-wishers for finding time to share their support. Cardi concluded saying thank you a million times.

The love I’m receiving is overwhelming?! I can’t thank you enough for always finding the time to share your support!! Thank you a million times @badgalriri

Upon hearing the pregnancy news 50 Cent posted a picture of Cardi congratulating Cardi B & Offset. This will be Cardi’s first baby with Offset who has three kids from previous relationships.