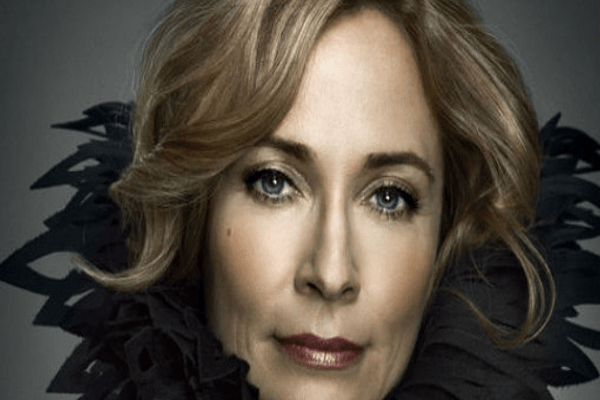 We might best know the phenomenal actress from her role as Karen Sammler on ABC drama series Once and Again. Thompson has graced in movies like Little Giants, Ghosts of Mississippi, Random Hearts, and Dragonfly among others.

One of the most desirable TV actresses, Susanna Thompson has stolen many hearts over the span of her work in the Hollywood arena. However, Thompson’s heart has been stolen by her husband, Martin Kutz.

Kutz is known to be a professor at San Diego State University. Having diverse occupations has not affected the couple’s relationship till date. The couple met in 1981 when Susanna was busy working on entering into the Hollywood arena, while Kutz was busy in his own professional life.

The 58-year-old American beauty has kept up with her personal as well as professional life. She has balanced her marriage during the hype as well as the low tides of her career. The couple has been married for a long time but does not have any children. Unlike many other couples, Martin and Susanna are happy even without having children and grandchildren.

There seems to have been no rumors about extramarital affair or divorce till date. Martin likes to stay away from the limelight even though he has a wife who is at all times in the center stage. Thompson herself prefers to keep her personal life away from the light of the media. She is reluctant on speaking about her husband.

Apart from the occasional hoaxes spread around from time to time about Thompson having a divorce with her husband, there seems to be no significant rumor. All the rumors about her divorce have usually been quickly brushed off. She is usually negligent about the rumors surrounding her. Which is a good thing!

More recently, we have seen the phenomenal, Susanna Thompson as character Moira Queen in the TV series, Arrow. Thompson has time and again proven herself to be one of the best actresses that the TV arena has ever seen.

It is amazing that two people of such variant professions have stuck together all these years when couples working together are breaking up all the time. The couple has always found time for each other even in the toughest of situations. They are truly a couple worth worshiping!