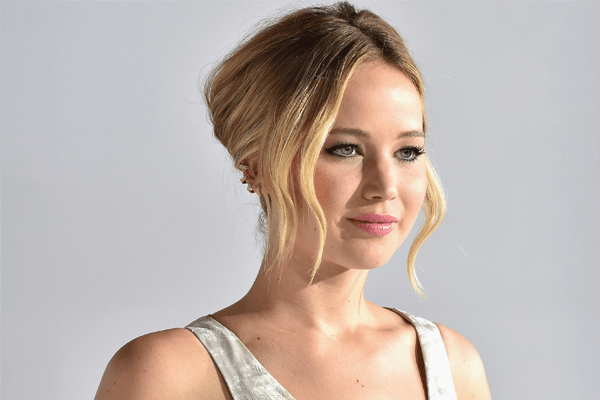 Jennifer Lawrence seems like those kinds of celebrities who do not care about keeping up a classy image by barring their freedom. Lawrence seems like an outgoing fun-loving Hollywood girl! But it is true that this open book also has a few secrets that have been kept hidden for a long time! Well, not anymore!

This free-spirited has not only been wobbly on the red carpet but has also done the same in various interviews where she has revealed some weird secrets about herself, the first being her uneven breasts! Yes, JLaw shared in Jimmy Kimmel live that her breasts were uneven! And we have been shocked and wondering ever since. The people who viewed her recently leaked nudes might have the answer to this one!

Most of the actresses get their way into the Hollywood arena by taking extensive classes and some just take a few training classes. But for this Jennifer Lawrence, all of the actings has just come along the way. JLaw has not taken any professional classes and got straight into acting at the age of 14. Never a caterpillar always a butterfly?

One of the secrets about her character on the Hunger games was that she was never going to be one! Jennifer had initially planned on declining the role because she felt that it was “too big”. We wonder what that means! She revealed in March 2012 that she was eventually persuaded by her mother to take the role! Mothers are always right!

Jennifer Lawrence was seen blushing at the Conan O’Brien’s late night show when she was asked who her celebrity crush was. And it turned out to be John Stamos, who would have thought? And how could she have kept this secret? Also, she revealed that Britney Spears’ Slave 4 U was her favorite Music Video. Well, now we know how relatable JLaw is!

Why did Jennifer Lawrence suddenly have a pixie haircut after the filming of The Hunger Games: Catching fire? Have you ever wondered? Well, the secret is out! Lawrence was hit by a water jet blast during the filming that left her partially deaf for two weeks and the dye jobs in the movie damaged her hair very badly. For this alone, Lawrence deserves an Oscar!

From her amazing performance in Silver Linings Playbook to her cheeky fall at the red carpet twice, and finally to her weird secrets, the phenomenal Jennifer Lawrence has never seized to amaze us one bit!


Jennifer Lawrence on the set of Red Sparrow pic.twitter.com/HGPnKKPx8e

Jennifer Lawrence on the set of Red Sparrow pic.twitter.com/HGPnKKPx8e