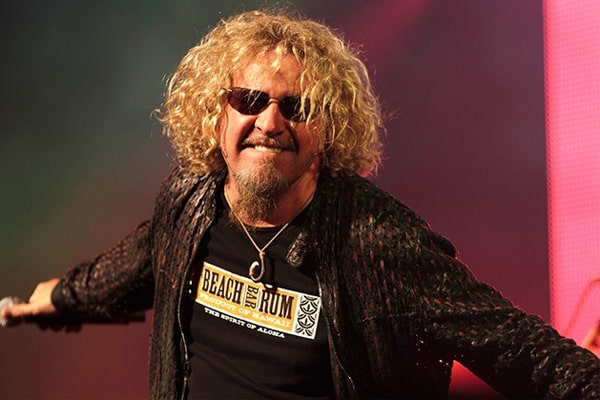 Sammy Hagar has amassed a huge success and fortune throughout his career and business ventures. Image Source: Cory Schwartz/Getty Images.

Everyone dreams of having their own business, go on a beautiful trip, and build a successful career. Not everyone succeeds in reaching the milestones, but those who have attempted to have never failed either. Such is the story of the Red Rocker, Sammy Hagar.

Since the initial days of the career until today, Sammy Hagar’s net worth has reached a whopping $120 million. Hagar has managed to amass such massive fortune via hard works and dedication. As a result, he is living a very luxurious life with his wife, Kari Karte, and two beautiful daughters, Kama Hagar and Samantha Hagar.

Were you interested in Sammy’s Beach Bar Rum and Sammy Hagar’s net worth? In that case, don’t you leave the page right away.

Aforementioned, Sammy Hagar‘s net worth stands at the whopping $120 million. The grinder has achieved his success via multiple sources of income but mostly his musical career. Hagar has been involved in rock music since 1967 and has never looked back since.

Born on October 13, 1947, in Salinas, California, U.S., Sammy Hagar is also known as The Red Rocker. During his initial days of career, at just 14 years, he fronted his first band, the Fabulous Castilles. Well, Sammy released a 7″ single on Ranwood Records with the tracks, Reach Out to Find Me and Read My Thoughts. 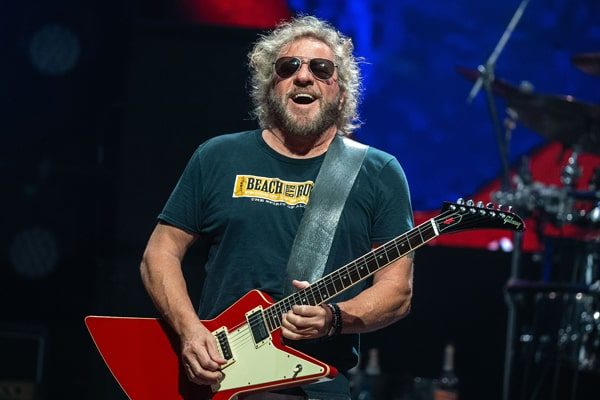 Sammy Hagar’s net worth has increased massively throughout his career and business initiatives. Image Source: Pinterest.

Hagar’s continuous hard work eventually awarded him with his first break in 1973 as a result of his association with the band Montrose. He ultimately bounced to pursuing his solo career, which was mildly successful and landed on the band Van Halen which was seeking a replacement for their lead singer, David Lee Roth.

The metal band, Van Halen, released several hit records, including 5150, For Unlawful Carnal Knowledge, Balance, etc. with Sammy Hagar as their vocalist. The band went on several tours which must have amassed him a colossal sum of money. Although their songs were doing a hit, members’ relationship began deteriorating, which allowed Hagar to explore more opportunities.

On this day in 1986, Van Halen released 5150, the first of four albums to be recorded with Sammy as frontman.

Read more about the first performance that kicked off the Van Hagar era here:https://t.co/LE5GiO4fy4

Therefore, seeing Hagar’s works and struggles, his music career has helped him amass a significant portion of his wealth.

After he departed from the Van Halen, he formed the harmony-singing rock band called Los Tres Gusanos with drummer David Lauser, and Van Halen’s bassist, Michael Anthony. Active until 1996, the band regrouped in 2005 and has performed numerous times since.

Los Tres Gusanos has played at the BAMMIES and is known for its live performances. After the band, Hagar formed Chickenfoot with Michael Anthony, Red Hot Chili Peppers drummer Chad Smith, and guitar virtuoso Joe Satriani. They released their debut album in June 2009, and the collection rose to #4 on the Billboard Music Chart.

Likewise, The Circle is another band featuring Michael Anthony, Waboritas guitarist Vic Johnson, and drummer Jason Bonham. The band’s debut studio album, Space Between, was released in May 2019 on BMG. The sale marked Hagar’s third-largest sales week since 1991.

Therefore, this shows that Sammy Hagar’s source of income includes the touring and sales of the albums. Besides band and being an exceptional musician, Sammy Hagar is a businessman as well.

What Are Sammy Hagar’s Business Ventures?

Besides music, Sammy Hagar has a good understanding of the business as well. Sammy Hagar owns a restaurant in Mexico called Cabo Wabo Cantina. He performs in the club during his annual autumn “Birthday Bash.” Cabo Wabo Cantina was opened in the Planet Hollywood Hotel’s Miracle Mile shopping mall in November 2009. Likewise, Hagar opened another nightclub in Lake Tahoe, Nevada. The Nevada branch marketed a highly successful line of tequilas by the name Cabo Wabo.

Furthermore, Hagar opened “Sammy’s Beach Bar & Grill” in St. Louis, Missouri, at Harrah’s Casino. Likewise, he opened another at McCarran Airport in Las Vegas, Nevada. However, 100% of Hagar’s profits from both the restaurants will be for charity through The Hagar Family Foundation established in 2008.

Moving on to Hagar and chef, Tyler Florence opened a restaurant in Mill Vally, California, and called it El Paseo. It is a steakhouse where Hagar’s focus is on the wine and music selection. Furthermore, the rockstar and tequila mogul launched Sammy’s Beach Bar Rum in Hawaii in November 2011.

Sammy Hagar’s Attempt On Radio And Being An Author

Hagar has also appeared in several talk shows and lent his voice in The Simpsons. He is also seen in Nash Bridges and many more.

All his business ventures and television appearances allow Sammy Hagar’s net worth to grow continuously. Similarly, Hagar’s wealth continues to rack up with his autobiography, Red: My Uncensored Life in Rock. The book was written with the assistance of rock critic Joel Selvin and was released in 2011.

On April 3, 2011, Hagar’s autobiography reached #1 on the New York Times Best Seller list of nonfiction. Moreover, in 2015, he released the cookbook, Are We Having Any Fun Yet? – The Cooking & Partying Handbook. The book contains recipes for food and drinks along with Hagar’s cooking memories.

So he must have surely bagged in a considerable amount of money from his book sales too.

Sammy Hagar has been pretty thoughtful about his property and owns houses in multiple beautiful locations, including California, Mexico; Maui, Hawaii, and a modern house in Corte Madera, California.

In 2018, Sammy Hagar sold his home in Hawaii for $3.1 million. The Red Rocker had purchased the house two decades ago and almost spent half of his life there. The veteran rock musician has been attempting to sell his Californian estate for a few years now.

Hagar originally bought the house for $2.3 million and was going for $5.25 million. However, the price has been lowered to $3.9 million. According to the Ultimate Classic Rock, Hagar has decided to lease the home for $30,000 per month.

Furthermore, Sammy also has got an eye for speed. Once, he bought a  LaFerrari worth $1.3 million. And not just that, he has a huge garage filled with plenty of supercars which definitely are expensive.

Sammy Hagar’s net worth continues to proliferate as we talk about his fortune, listening to his songs and sipping Hagar’s rum. Let’s hope the business mogul, as well as a magic musician, continues to bloom in the coming days and live in comfort.