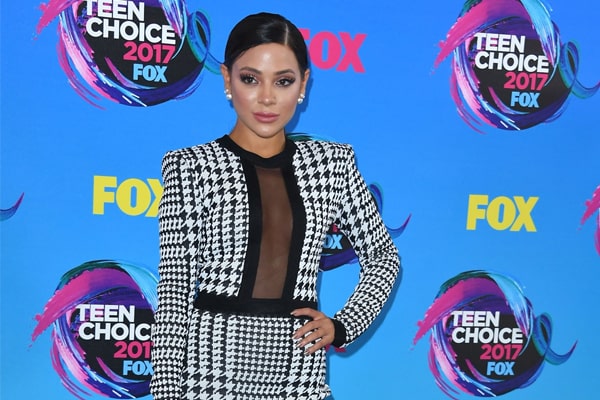 Gabi Demartino is an social media personality who has gained over million of followers on her social media. Photo Source: Getty Images.
Quick Info

Gabi Demartino is an American YouTuber, actress, and a social media personality. Well, she is also known for being a  look-alike version of the talented singer Ariana Grande.

The beautiful Gabi was born as Gabriella Nelida DeMartino on the 5th of May, 1995, in Pennsylvania, United States. Along with a hardworking celebrity, she is also a caring sister, a loving daughter, and a tattoo lover. Let’s find more on her.

Is In A Relationship With Collin Vogt

Gabi Demartino’s boyfriend is Collin Vogt. The adorable pair of Gabi and Collin first met on July 25, 2015, in New Jersey. Later, Collin mentioned that he was awed by her charm. 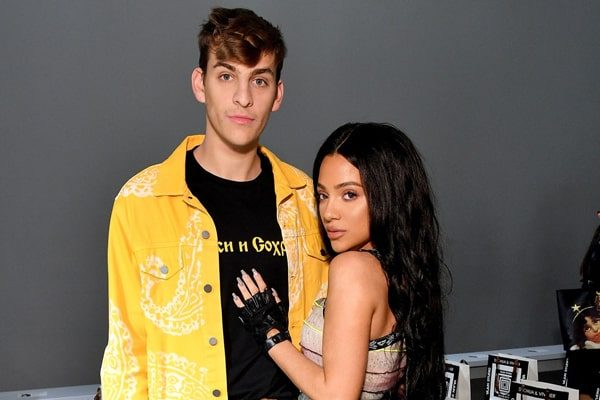 They went to the fast-food chain restaurant KFC on their first official date. The entire celebration of their first date was shot, and later, it was uploaded on Gabi’s YouTube channel. Taking a glimpse of Gabi Demartino’s Instagram, we can see that Gabriella and Collin often travel together on idyllic escape.

They have been dating since 2015 and have shared a lot of good memories. 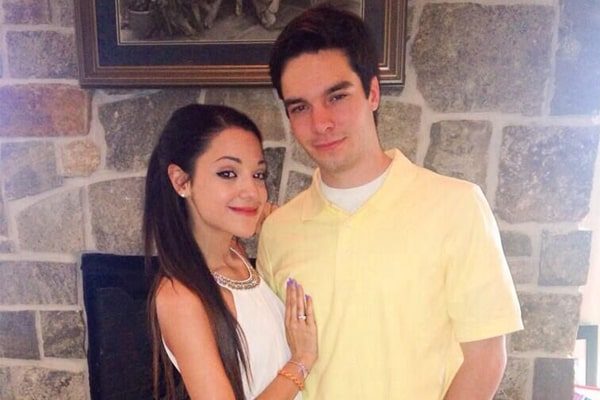 Gabi Demartino was previously in a relationship with Brandon Grupe. Picture Source: Pinterest.

Demartino and Grupe even shared a YouTube channel named, GabiandBrandon, which has over 77K subscriber. After Gabi Demartino and Brandon Grupe’s break up, the channel hasn’t uploaded a single video since.

Gabi Demartino is very much popular in social media. She has amassed more than 3 million subscribers and has gained over 373 million views on her YouTube channel, Fancy Vlogs By Gab. Gabi started uploading videos on the channel from Jul 22, 2015.

Likewise, Gabi also has another YouTube channel named, Niki and Gabi, with her twin sister Niki DeMartino. Gabi and Niki published their first video to their channel on September 3, 2012.

She is also very much popular on Instagram and has more than 4.1 million followers as of January 2020. 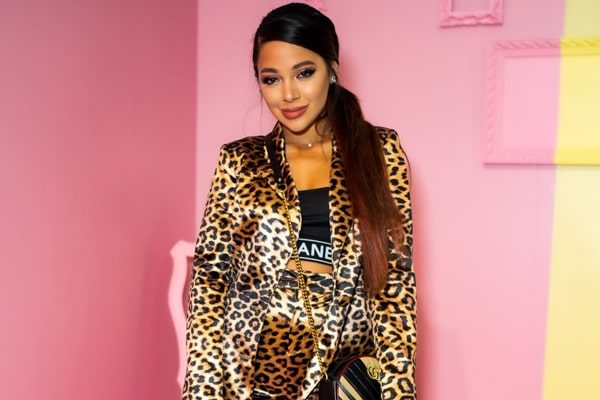 Gabi is also a musician as she, along with Niki, has released several songs to date. They have released their songs via Niki and Gabi’s record label. Some of the Niki and Gabi’s hit songs  are:

Apart from being a social media personality and singer, Gabi is also an actress as she has been featured in several projects such as Dance Camp, If Life Was a Scary Movie, Mina Tobias: Shoes, and many more. 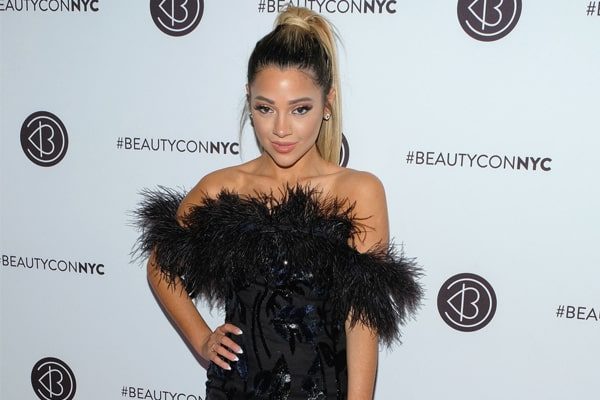 The multi-talented Demartino has worked as a director, writer, actress, and also producer in the tv series, Blood Queens.

Gabi Demartino’s net worth is estimated to be $1.5 million, which she earned from her YouTube channels, merch, songs, and also from several brand endorsements. 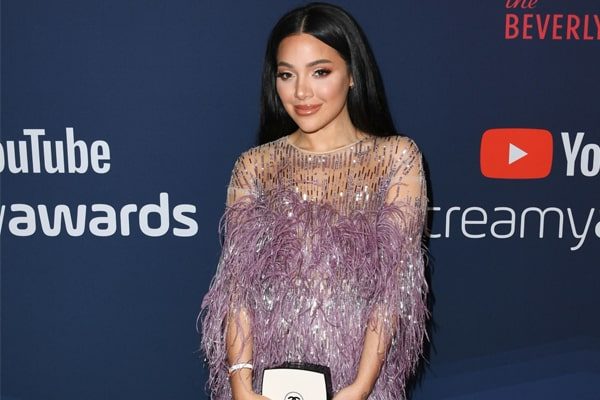 Gabi Demartino has an estimated net worth of $1.5 million. Photo Source: Getty Images.

Some of Gabi Demartino’s highly viewed videos on the channels Niki and Gabi and Fancy Vlogs By Gab  are:

The charming Gabi also earns an enormous amount of money from her merchandise store. From Demartino’s merch store, we can find items such as a hoodie, shirt, skirt, jogger, and many more. Gabi also owns Gabtoinette Antiques.

Talking about Gabi Demartino’s brand endorsements, she has endorsed brands such as Hermès, Lovely Lacquer Nails, Chanel, Vanessa Marc Spa, Onepiece, and many others.

And talking about Gabi Demartino’s house, she, along with Niki, purchased a beautiful home. They even have uploaded a house tour video on Instagram. Furthermore, Gabi lives with her boyfriend Collins in a beautiful beach cottage house.

No doubt, Gabi’s lifestyle, shows how rich she is.

Gabi was born to father Jeffrey DeMartino and mother Nelida Garcia-DeMartino. Both of Gabi Demartino’s parents are dentists by profession and the owner of the Demartino Dental Group.

The gorgeous Gabi grew up with her twin sister Niki Demartino who was born just a couple of minutes before she was born. Furthermore, Gabi also has an elder sister Alex DeMartino and younger brother Anthony DeMartino. 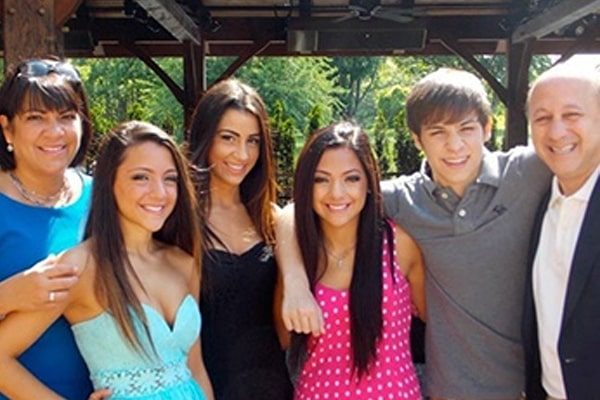 The three sisters, Niki, Alex, and Gabi, also together have a channel named 00RemakeGirls, which has over 225K subscribers.

Gabi Demartino loves tattoo and has four tattoos on her body parts. Some of Gabi Demartiono’s tattoos are:

As Gabi is fond of a tattoo, no doubt, the number of tattoos on her body will keep increasing in the future. 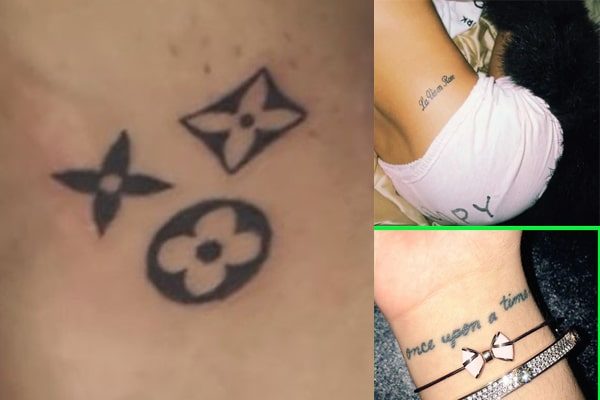 Aforementioned, Gabi is also famous for looking similar to Ariana Grande. Gabi, along with Niki, has made many videos inspired by Ariana’s looks and even got a chance to meet Ariana at one of the concerts. 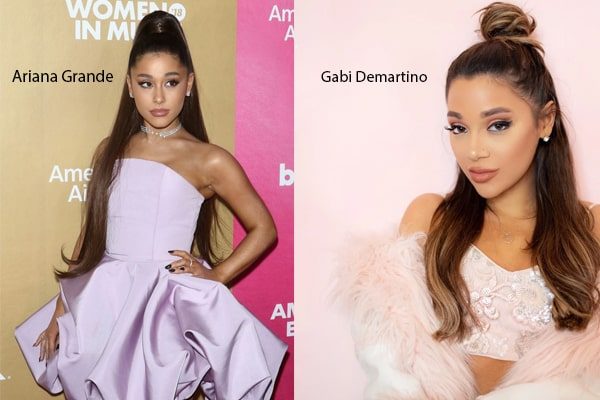 Gabi is also a charitable personality, as she has attended several charitable shows and also has raised funds for the American Lung Association.

Above all, Gabi Demartini’s Kind-hearted personality and dedication for her work have made her one of the well-known social media personality.