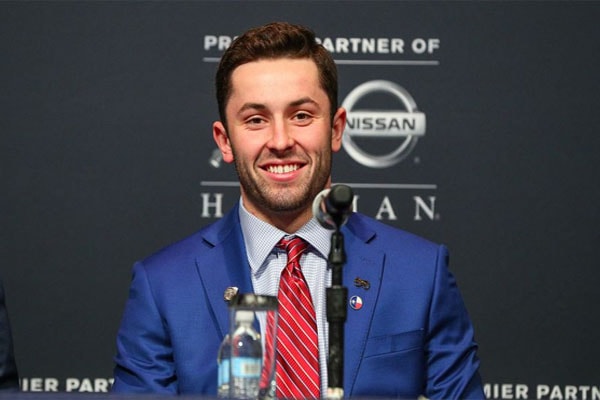 American football quarterback Baker Reagan Mayfield was born on April 14, 1995.  He is a part of Cleveland Browns of the National Football League (NFL).

Baker Mayfield has been ranked second in FBS history in passing efficiency rating. He is known for winning several awards as a professional football player.

Baker Mayfield’s net worth is estimated to be $45 million. The primary source of Mayfield’s income is his career as a professional football player. 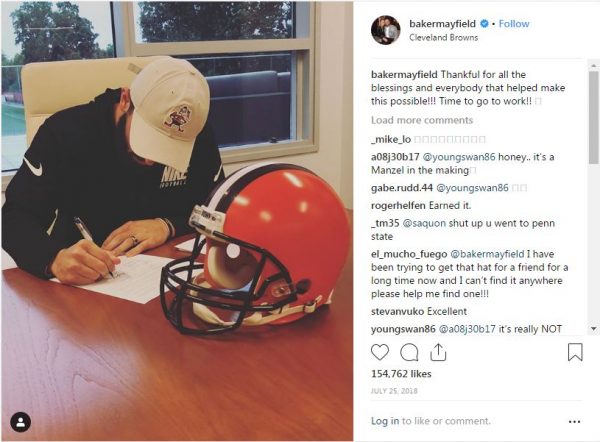 According to The Cleveland Browns, Baker Mayfield signed the four-year contract. The deal is worth $32.68 million, including a $21.85 million signing bonus.

The champion is involved in several brand endorsements and advertisements.  The world-famous brand Nike has provided the Heisman winner with the statement headband that became a personal signature for Mayfield. The brand has a deal with Oklahoma which is paying more than $5 million every year for  OU team’s outfits till 2024.

Baker has also shown interest in a trading card promotion and documentary series on the pre-draft process called Behind Baker. Baker Mayfield must earn much more than we assume from endorsements and advertisements. Baker Mayfield also promotes brands on social media. 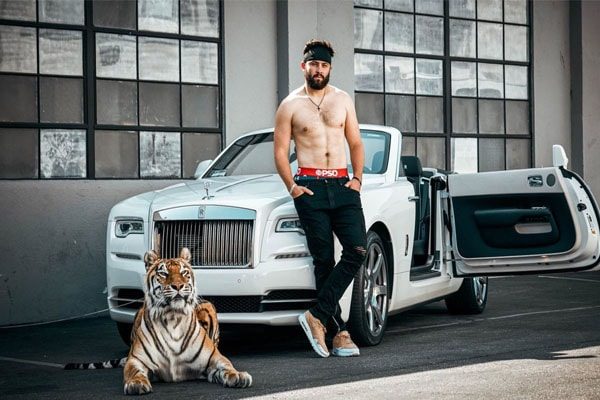 The tall and handsome athlete has a lavish and luxurious lifestyle.  He wears big brands like Nike and Adidas. Baker Mayfield has also partnered with Allen Edmonds. It represents his love for fashion and luxurious items.

Baker Mayfield has been through a lot of hardships and obstacles to achieving his goals. With his determination, he won the Heisman Trophy.  In a Bleacher Report interview, Baker Mayfield stated that he gets the extra motivation and self-assurance from his father, James Mayfield. He further explained that his father believed in him although the school claimed that they did not have room for his son. 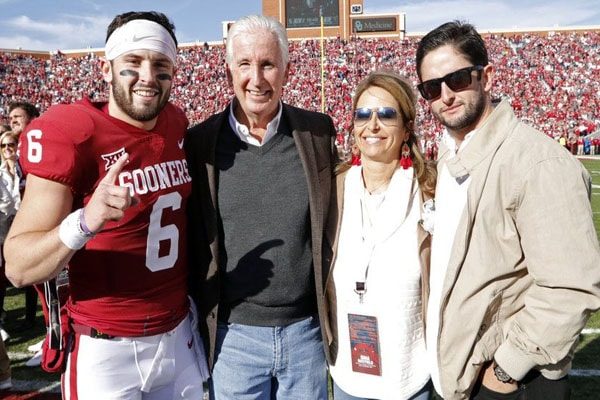 Baker Mayfield’s mother’s name is Gina Mayfield. When Baker Mayfield was arrested in Arkansas, Gina was very supportive. Gina does not agree to everything  Baker says but has always tried to be supportive.

Is Baker Mayfield Dating Someone?

Not just dating, Baker Mayfield is engaged to his fiance Emily Wilkinson. Their relationship came into limelight after they were seen together at a Los Angeles Clippers game on January 2018.

Baker Mayfield got down on his knees in June 2018 and Emily Wilkinson accepted his proposal. The couple was delighted and shared the good news on social media.

Emily Wilkinson works as an Instagram model. Mayfield’s fiancee has a lot of fans and followers in social media.