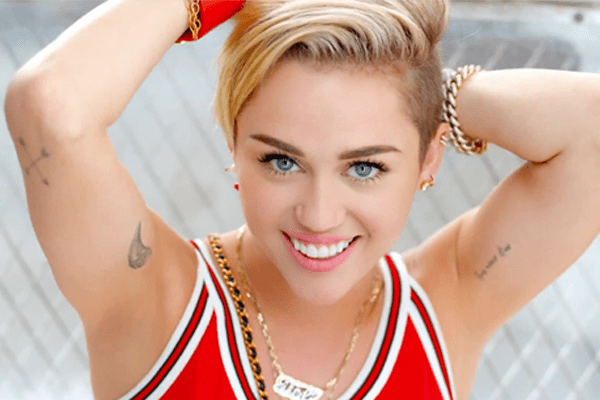 The We Can’t Stop singer, Miley Cyrus has finally stopped- smoking pot and drinking alcohol! It seems that the crazy party days are over for this young talent. In the new issue of Billboard magazine, Miley shares a few things about her new self among which she reveals that she has been trying to have a more folksy appearance. Let us find out the reasons why we won’t be seeing the wild and crazy Miley again!

Miley Cyrus was all over the news throughout these recent years for her cheeky short her, her fun-loving attitude, and also her half naked outfits. Miley recently gave an interview with the Billboard magazine where she revealed a few things about herself. She looked absolutely innocent and stunning in the Billboard cover with a baby pink dress.

Miley went on to reveal a few things about her new self, some of which are:

Sober! Yes! Miley revealed to the magazine that she hadn’t “smoked weed in three weeks”, which is a huge improvement or Miley. She also shared that she was not drinking and doing drugs and was clean now.

Liam Hemsworth being the subject of her song is yet another reason that Cyrus is going for a folksier look because the song from her next album “Malibu” is known to be sentimental.

Also, Miley’s new album has a more about the current state of affair rather than luxury and materialistic things. Miley shared that she would want to work with producers who were “on the same page politically” and that she wanted to talk about natural things and issues in her lyrics.

Miley, now 24, also revealed that she want to reach out to people with a different political opinion than hers not through aggression but through her music. She shared that her earlier “nipple pasties” look would not serve this purpose thus she wants to use a cleaner and toned down look for this one.

No Macho Men for this girl! Yes, Miley revealed that she does not have a taste for Macho straight men. Straight men showing off their masculinity can gross out Miley!

Gone are the days when the tabloids would make you obsess over or furious over Miley’s half naked outfits and her wide attitude. One thing is for sure, the crazy and fun Miley Cyrus will be dearly missed by all her fans around the world!

stay with us to get more update related to celebrity news and entertainment.