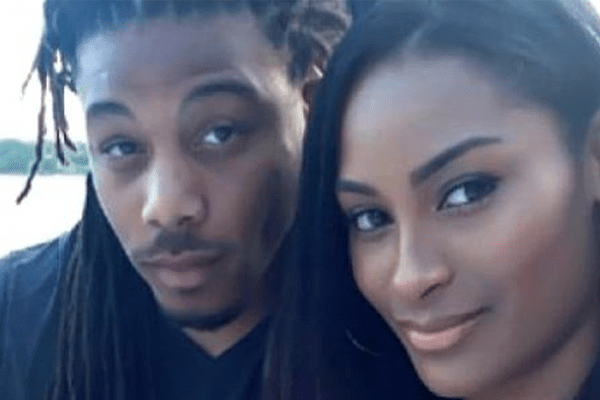 WAGS Miami star, Ashley Nicole Roberts and Philip Wheeler had a serious affair going on in the past years. The couple looked super adorable and understanding with each other so it was obvious that there was something serious going between them. According to the fresh reports, the power couple has finally got married in Curacao. Let us get into the details of this star-studded wedding!

The famous WAGS Miami couple, Ashley Nicole Roberts has married her longtime Atlanta Falcons defender boyfriend, Philip Wheeler. The couple was officially announced man and wife on Sunday, May 14 in Curacao. The weddings looked as glamorous and the couple.

According to the reports by US Weekly, the wedding was attended by a total of 100 family and friends. The couple exchanged their vows and kisses at the sunset on the beach with their son overlooking them.

The 27-year-old, WAGS Miami star, Ashley Nicole had been very excited about the wedding for many days. She had shared in an interview that she wanted the wedding to be “very formal beach glamor” but she also wanted some glitz and glamor with “gold touches”. Seems feasible for a high profile sports personality!

Ashley also said in the interview with the magazine that she had already planned out not one by two wedding outfits. She had set out a “mermaid gown by Milady” for the special day and also a “Lena Bernisha dress with a detachable train”. Ashley shared that the mermaid gown would be for the actual marriage ceremony while the latter would be for the party so that she could “dance the night away”!

The ceremony was generally beautiful but all the attention was taken away by their adorable son Phillip Jr. The 27-year-old Ashley and 32 years old Philip Wheeler got engaged on the E! reality show in a big evening at Villa Casa Casuarina. The engagement itself was a lavish one with Wheeler proposing with a diamond worth $ 100000.

Roberts revealed that Ashley was the one who chose the wedding destination. Ashley revealed that she wanted the wedding location to be somewhere that no one she knew “had been before” so that it would be an experience for not only the new-weds, “but for everyone”!

WAGS Miami’s second season hopefully will give a glimpse of this lavish wedding after its premier on 29th June!

#tbt to our 2nd NYE bringing 2011 in together in Indianapolis ?