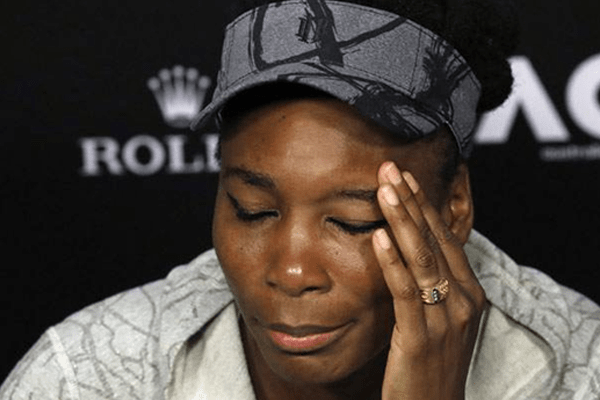 Venus Williams got into a serious car crash on June 9 in Palm Beach Gardens, Florida. In Venus Williams’s fatal car crash, her 2010 Toyota Sequoia SUV collided with the car of 78-year old Jerome Barson. The car was being driven by Jerome’s wife who went on to have severe head injuries and broken bones. Jerome Barson was taken to the ICU ad was being treated for head trauma when he died two weeks later.

Venus Williams at fault in fatal car crash, according to police report https://t.co/Gtr5uwuWPC via @NBCSports pic.twitter.com/WG3ddVZOPT

However, the witnesses under an investigation revealed that Venus Williams ran a red light!

Jerome Barson’s wife shared that she had no time to stop her 2016 Hyundai Accent from colliding to the side of Williams’s car.

It has been revealed after an investigation that Williams was not under influence of any drugs or alcohol. Also, Venus was not distracted by any electronic vehicle.

Apparently, according to the reports, Venus’s older sister, Serena Williams is being held responsible for the accident that happened. The report also stated that Venus was “at fault for violating the right of way” of the other driver which has been a serious statement!

The tennis pro sisters, Venus and Serena Williams owns an 8,500-square-foot mansion in the South Florida city where the accident happened.

Venus Williams’s fatal car crash might have really shaken the Williams sisters to the bone. However, as per the reports by TMZ, the sisters have not been charged or arrested and that the entire event is under investigation.

Venus Williams has earned seven Grand Slams titles till date and has also won four Olympic Gold Medals. At present, Venus stands as the 11th best women’s single player in the world! Not much can be told about where Venus Williams’s career and personal life will head after this awful event! Until the investigation ends, the career of Venus Williams is at a halt!