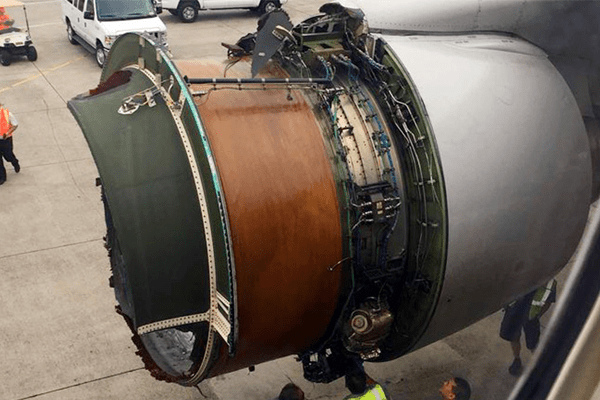 On Tuesday, February 13, 2018, United Airlines Boeing 777 flight 1175 had declared an emergency landing due to vibrations caused by the right Engine.

Amidst air and high above the Pacific Ocean on Tuesday, the engine casing blew off from the right engine of The United Airlines Flight 1175.

Passengers experienced a loud bang and felt the violent shaking on the plane. Those seated on the right side could see the pieces of the engine cover fly apart and left the naked engine on full display.

Officials reported the engine to function normally and only the casing came apart during the flight.

United Airlines in an email statement reported,” Our pilots followed all necessary protocols to safely land the aircraft. The aircraft taxied to the gate and passengers deplaned normally,”

The plane was traveling from San Fransisco to Honolulu. Boeing 777 successfully made an emergency landing at Honolulu International Airport without incident.

Hawai’s Department of Transportation reported that Aircraft Rescue & Fire Fighters were standing by precaution as the plane landed.

The Boeing 777 has two engines and the company stated it was designed to fly with a single engine for several hours.