Home / Celebrity News / Twitter out lash! Chuck Todd fires back after being trolled as Sleepy Head by President Donald Trump

Twitter out lash! Chuck Todd fires back after being trolled as Sleepy Head by President Donald Trump 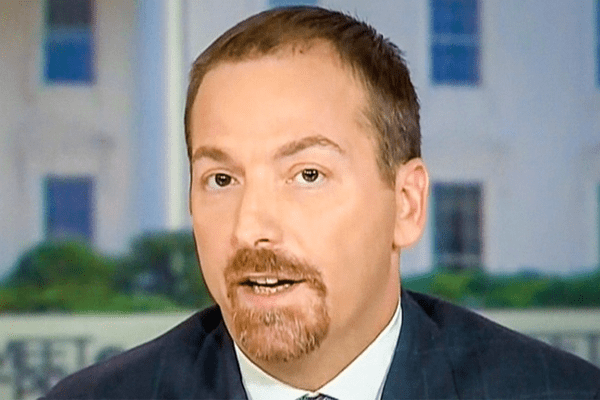 It is common to have some twitter rants between celebrities but it gets totally ugly when the President of United States is indulged in it. We know how usual it is for Donald Trump to be spending his time on twitter rants with different individuals. This time President Donald Trump is having a twitter beef with Chuck Todd whom he trolled as Sleepy Head, and the tweets got seriously ugly after Todd fired back! Let us get into the details!

The entire charade began when President Donald Trump out of nowhere tweeted against Journalist Chuck Todd calling him “Sleepy Eyes Chuck Todd” and asking when he might “start talking about the Obama SURVEILLANCE SCANDAL” instead of the “Fake Trump/Russia story”. Furthermore, Donald Trump pressed with the following tweet that the “phony Russia Story” was a clear scam.

It was an honor to welcome President Al Sisi of Egypt to the @WhiteHouse as we renew the historic partnership between the U.S. and Egypt. pic.twitter.com/HE0ryjEFb6

In no time, the Twitterati began speculating the reason for President Donal Trumps sudden twitter out lash against Chris Todd. It was finally assumed that Chuck Todd’s previous night episode on NBC’s Nightly News was the reason. On the show, Chuck Todd pressed his views on Russia’s interference in the US politics and said that “the biggest problem” was the president not wanting to “accept the conclusion that Russia tried to interfere in the election”. He also added that there was going to be an investigation on this.

What had Chuck Todd to say?

After a while, Chuck Todd also came to the twitter battlefield and posted a tweet with a clarification that he had not been feeling asleep even after he stayed up late to watch Mississippi State beat UConn 66-64.

Donald Trump has been lavishly playing his twitter cards against many celebrities and this time it goes out to Chuck Todd! We wonder where this twitter rant will lead!


For those wondering, I slept well even tho I stayed up late watching the msstate upset of UConn. cowbell. Don&39;t feel sleepy at all though

For those wondering, I slept well even tho I stayed up late watching the msstate upset of UConn. cowbell. Don&39;t feel sleepy at all though