Home / Celebrity News / It is official, Spiderman: Homecoming stars Tom Holland and Zendaya are in a relationship

It is official, Spiderman: Homecoming stars Tom Holland and Zendaya are in a relationship 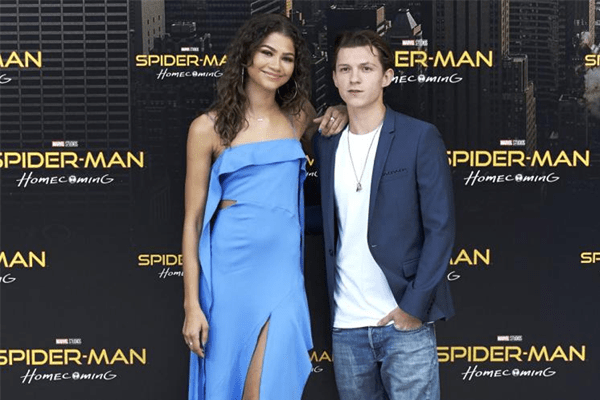 Photo Source:nydailynews.com
It seems like Zendaya has been caught in the web of Spiderman! To make it crystal clear, it is official that Spiderman: Homecoming stars Tom Holland and Zendaya are dating! Holland and Zendaya have been playing lovers on screen in the sci-fi movie, Spiderman and now are dating offline as well. Let us get into the details of this special news!

Spiderman: Homecoming costars Tom Holland and Zendaya are dating and everyone is head over heels over the cuteness of their relationship.

The couple has not made sparkling revelations regarding their ongoing romance but it is clear through their actions that the adorable couple is very much in love.

There have been speculations that Tom Holland and Zendaya are dating since the filming of the Spiderman: Homecoming began. The couple has been spotted going out publicly. Even in the press tours, the couple looks adorable. They can’t seem to wipe the smile off their faces and are often seen being close on the red carpet.

Also, Tom Holland is noted to have shared pictures of Zendaya on his social media accounts. Zendaya has also not refrained from doing so. These small acts look like the couple is trying to give something for the tabloids to chew on or are simply in love.

Zendaya and Tom Holland have also been joking about their relationship in the social media sites.

Zendaya took to twitter to confront the rumors regarding their relationship status. Zendaya joked that her “favorite” is when it says that they had gone on a vacation together. Knowing that it is false information, Tom Holland joked and asked Tom Holland if the “press tour counts”!

Wait wait…my favorite is when it says we go on vacations together HA! I haven’t been on a vacation in years!???hbu @TomHolland1996 ??? https://t.co/zSkvcfzzTa

On 6th of July, Zendaya took to Instagram to post pictures of Tom Holland and captioned the picture, “Very… very intimidating”! Not only has been Zendaya showing her love towards him but Holland has been doing the same as well. He recently commented “I LOVE THEM” in his own cast shot.

Zendaya is currently 20 and Tom Holland is 21. The couple looks adorable together and gives off a positive vibe when they are together.

Superman: Homecoming is released out in cinemas already. People interested in watching the on screen romance of Zendaya and Tom Holland can watch the movie and for those who want to know what is going off screen can follow us!