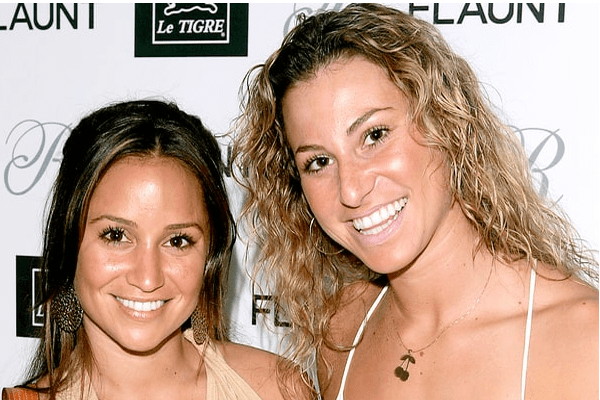 How were Veronica Portillo and Rachel Robinson’s secret affair revealed?

The iconic MTV series, The Challenge is in its  30th season. During the Tuesday night’s episode, Aneesa Ferreira who is Rachel’s ex-girlfriend revealed the information. Aneesa in great enthusiasm admitted to Veronica that she is “so f–king beautiful.” She said that it really comes down to the fact that Veronica’s ex-girlfriend is her ex-girlfriend. To make things crystal clear, Aneesa revealed that she got into a relationship with Rachel after meeting on season six. After the couple eventually broke up Rachel went on to date Veronica!

This new piece of information has definitely shocked all The Challenger’s fans.

Aneesa had major comparisons to make when she stated that Veronica is “hotter” than Rachel. Veronica obviously felt awkward and shared that it was “rude” but Aneesa was quick to correct that it was “honest”!

While Aneesa had the sweetest things to say about Veronica’s past, Veronica shared that she initially “never liked” Aneesa. She shared that Aneesa had never accepted her “as a person”. However, the couples have been acting flirty lately and the entire cast member can clearly see it.

Things escalated quickly when Veronica was asked by Aneesa to come to bed with her “as friends”. Aneesa later flirted with Veronica saying that she wants to hold her like a “little kitten“.Veronica seemed to be totally ok with the all of it when she said to Aneesa that she could “totally eat” her but later added, “As friends.”

I  know it has been a very long time since my last blog post, and I have taken a little hiatus from social media. Well, it is well deserved with the news I am about to share… Natalie and I will be welcoming twins in the fall,and we are excited to share the news with you all! *please visit rachel-fitness.com for – Blog post about my first 4 months of pregnancy. #geerobinson #itofficial #moms #pregnancy #lovewins

What happened between Veronica Portillo and Rachel Robinson?

Rachel has been on the show since 2012. After she broke up with Veronica, she went on to date her now partner Natalie Gee. Natalie and Rachel now have twins together.