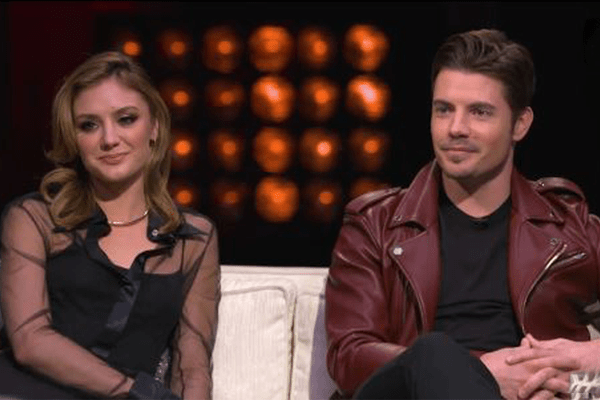 The final episode of the first season of The Arrangement began drastically with Megan (Christine Evangelista) escaping. In the episode, Megan climbs out of the back of the car when the driver of the IHM van is away. However, she then ends up right in the doorsteps of a lady who was involved with the IHM.

We then saw all the IHM employees taking Megan out and gave her a shot. Megan finds herself among IHM employees and also an unlikely character- Kyle!

When asked what he was doing there, Kyle said: “I had no choice, it’s the only way for us to be together”. Megan then willingly takes the serum that Terence gives her which allegedly would open her mind up. As she drank, Megan began remembering the day she confronted her step brother, Evan about sexually assaulting her. After denial, Evan yet again attacked Megan!

Megan broke free by hitting Evan with a bottle of wine. But Megan did not stop at that. She kept on hitting him until Evan finally died!

As she recalled this, Megan woke up and sobbed as she told Terence that it was not “self-defense, it was payback”! She then began having a positive attitude about IHM and even began participating in its workshops. Or at least that’s what she thought!

Megan then met her best friend, Shaun who was also working at IHM. Megan decided to share things with Shaun who had kept the secret about her past. Megan tells that she has to be truthful and that she “went through hell to get back to Kyle”. Furthermore, she went on to shockingly reveal that she needed her because she was about to “burn the whole thing down.”

Now, it is obvious that Megan has been faking it all and still has not succumbed to IHM. Let us see where her new attitude will take Megan. We hope there isn’t much danger for Megan in the next season. The viewers are desperate for the second season of The Arrangement!