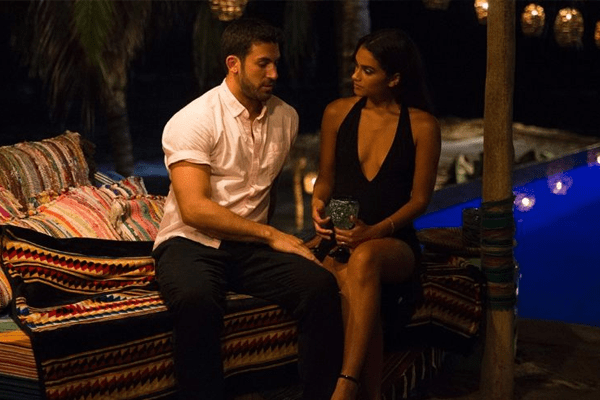 This Labor Day weekend, Derek Peth and Taylor Nolan have given us a lot to celebrate about! Yes, the news about Taylor Nolan and Derek Peth’s engagement is very much true. E! News confirmed the news that the couple got engaged during the filming of the Bachelor in Paradise after the show.

As per E! News, Derek proposed to Taylor with a Neil Lane Ring. The ring is known to be worth more than $ 60000.  It is estimated that the engagement ring is more than three karats of diamond! Now Taylor will be shining bring like a diamond in the Paradise!  Taylor Nolan is a very lucky lady to have found love in the dramatized Bachelor nation.

Just after Derek made the proposal to Taylor, the cast was as happy as the couple. They went on to head out and celebrate the special engagement. Parties are certainly obviously for such an event! The cast obviously took a number of shots together. Derek and Taylor were joined by some of their co-stars at Hyde Sunset in West Hollywood at night.

Taylor posted an adorable picture on her Instagram account. Taylor posed with her friends Raven Gates, Jasmine Good, Alexis Waters and Dominique Alexis. She captioned the picture “F A M I L Y!”

Derek was also very excited about the evening and stepped in with his friends. Derek appeared with his co-stars DeMario Jackson and Adam Gottschalk and also took many pictures. Although we could see in the pictures that Taylor was not wearing her brand-new engagement ring.

We will be seeing the proposal on the Bachelor in Paradise finale and after the show which will air on September 11 on ABC. However, we already know that Taylor and Derek have a romance like no one else.