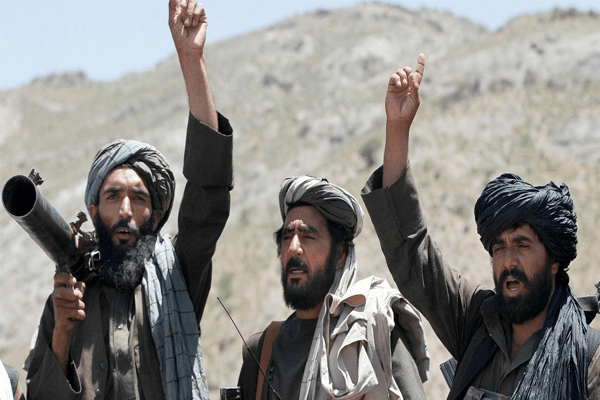 The rebel force Taliban just announced the start of their annual spring offensive on Wednesday. In doing so, they dismissed the peace terms offered Afghanistan president Ashraf Ghani.

With the start of the spring offensive, Taliban also announced it will be mainly focusing on the U.S. forces stationed in Afghanistan. The spring offensive, also known as the Al Khandaq campaign, is named after the Battle of the Trench, a battle supposedly fought by Prophet Mohammad himself to defend the holy city Medina during the early days of Islam. It symbolically marks the start of the fighting season.

Various Report Suggests that Taliban in Afghanistan controls a majority of Afgan’s Territory. This fact is denied by Pentagon though.

Despite Taliban just announcing the start of the fighting season, heaving fighting has already started in various parts of Afghanistan. There have been a lot of high profile attacks on Kabul by the Taliban, killing hundreds of people. These attacks occurred despite President Ghani offering peace talks “without preconditions” back in February.

The Taliban declined the peace offer and labeled it a “conspiracy”. The Taliban said ” Our main objective is to deviate public opinion on the illegal foreign occupation in our country as the American’s don’t have any intention of ending the war.

U.S. Secretary of State John Sullivan blasted the Taliban’s announcement of the start of the spring offensive. He said, “There is no need of a “fighting season. Taliban has just announced another season of unnecessary violence targeting the elected government of Afghanistan and it’s citizens.”

Taliban does not want to end the war.

Taliban, whose aim is to restore the strict Islamic law in their homeland, claimed that the announcement of the fighting season was a direct response to the aggressive U.S. military strategy in Afghanistan that they adopted last year. “Our primary target is to eradicate all the American invaders and their spies. Their supporters within Afghanistan will be our secondary target.

The U.S. has sent thousands of troops to Afghanistan to train the army, and commanders have the authority to launch air-strikes as well as execute the Taliban militants.

The announcement has raised question makes about the security of the people during the parliament and district elections scheduled to take place in October. On Sunday, more than 60 people were killed during a suicide bombing incident at the voter registration center located in Kabul. ISIS claimed responsibility for the attacks.

Despite Taliban vowing to not harm the Afghani civilians, there have been multiple casualties during their attacks. Their attack on Kabul in January, blowing up an ambulance, killed more than hundred people.

There have been varying reports about Taliban’s influence in Afghanistan. The Pentagon claims that 44% of Afghanistan is controlled by Taliban, whereas BBC believes it to be 70%.