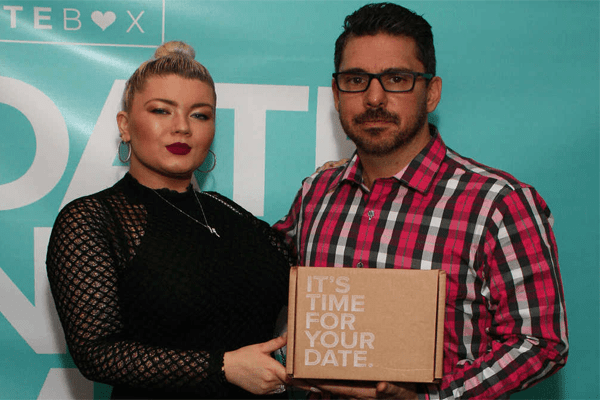 Few days after the breakup, Amber told in an interview with E! Online that, He’s trying to do a lot of work on himself because he then realizes it was his fault for the downfall of their relationship. She further added, when you blindly believe the spotlight, it can affect you. His mistake was taking the relationship for granted.

Amber Portwood and her ex-fiancé moved on like a fuss without taking any time after an official breakup in August. The Teen Mom OG, star, Amber is expecting a baby with her boyfriend Andrew Glennon. And recent news from Thursday, Nov 28, US Weekly confirmed that Baier is a married man.

According to E! Online, Baier and his girlfriend of six months, Jenifer Conlon took their wedding vows in Las Vegas. He’s been living in Las Vegas since his breakup with Portwood. Baier told E! Online that, his new girlfriend is not a public figure. That’s one of the reasons they kept the relationship private.

The 47-year old DJ and Conlon couldn’t keep their engagement long. The fact is that he never actually proposed. “He never came across a right situation where he felt like proposing her. We got each other, he said. He further added that both of us had overcomed a lot of stuff together. It felt like the right thing to do, that happened in its own way.

It’s not like they didn’t try to work for their relationship. Amber and Matt tried hard to work through their relationship issues on Marriage Boot Camp: Family Edition last summer. But Matt left prior and headed to Las Vegas rather than returning to their home that they shared in Indianapolis.

Amber Portwood is not at all interested in Matt Baier new life. The Teen Mon OG star doesn’t give a damn about her ex-fiance’s surprise marriage.
Teen Mom Stars, Then and Now!
“Amber is really happy in her brand new life,” the source tells Us. “She doesn’t care that Matt is married.”
Matt used to call and text her even after the breakup, which she was really fed up with.

Matt Baier on the other side says that she is happy for him over his recent surprise marriage.
According to E! News, he married a woman named Jennifer Conlon, a mom of two daughters, in Las Vegas on Monday.
In an interview with E! News Baier told that he and Portwood spoke on Tuesday night.
“We had a conversation. It was really funny, and we talked like friends. I said her how happy I was for her and her new relationship and the baby. She says she’s happy too and I’m extremely happy for her and I wished her the all the best,” he said.

It doesn’t matter whether Baier is happy or not.  The fact is that Amber Portwood’s Ex Matt Baier Is Married! And both of them have split and started their new life with their own life partners.