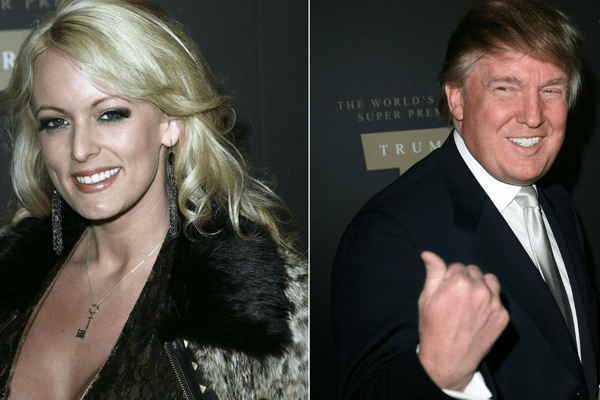 The lawsuit was filed by Daniel’s manager Michael Avenatti on her behalf and seems to be an effort to keep Stormy Daniels in the center of the news.

The lawsuit claims that Trump attempted to tarnish the credibility and reputation of Daniels by dismissing the description made by Daniel, of the man who threatened her back in 2011, when she was ready to reveal her relationship/affair with Trump.

The lawsuit is talking about the tweet made by Trump on April 18, where Trump calls the sketch made of the man that allegedly threatened Daniels “a complete con job”.

A sketch years later about a nonexistent man. A total con job, playing the Fake News Media for Fools (but they know it)! https://t.co/9Is7mHBFda

The lawsuit was filed in the federal court of New York. The lawsuit also claims that Stormy Daniels, whose real name is Stephanie Clifford, suffered as much as $75,000 in damages.

In the lawsuit, Avenatti wrote, ” It is obvious that Mr.Trump tries to covey my client Ms.Clifford as a liar, someone who can not be trusted. Mr. Trump stated that Mr.Clifford fabricated the crime as well as the existence of the assailant, both of which are strictly prohibited by the New York law.”

This lawsuit is separate from the lawsuit in which Daniels is suing Trump’s personal attorney Micheal Cohen. The latter lawsuit concerns the legality of the $130,000 payment made to Daniels by Cohen on behalf of Trump during a 2016 hush agreement made to keep Daniels quiet about her alleged affair with Trump.

In addition, Daniels has filed a second defamation lawsuit against Cohen as well. That suit has been put under the hold for 90 days while a criminal investigation is going on against Cohen by the FBI.

According to Daniels, after she shared the story of her affair with Trump with InTouch, she was threatened by a man in Las Vegas (the same person whose sketch was made). Apparently, the man threatened to kill her daughter if she didn’t drop the story. The story was never published by InTouch.

Experts and pundits blasted the lawsuit as nothing more than a publicity stunt. They claimed that there’s very little chance that Daniels is going to win the case.