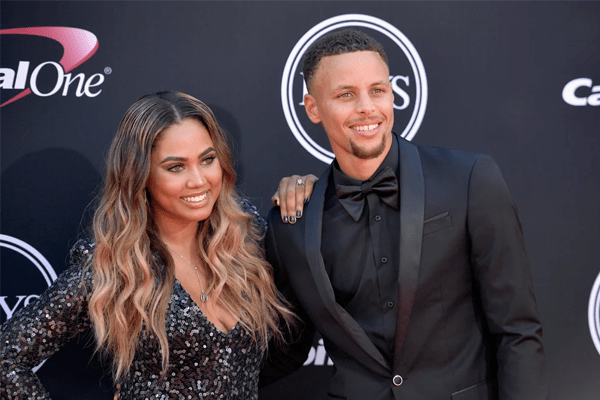 Photo Source:popsugar.com
Stephen Curry has not only been a successful basketball player but has also triumphed in his personal life. Stephen and Ayesha Curry’s date night at ESPYs is a living proof that love exists even in the modern world. Stephen Curry has not turned out to be like most players and has been loyal to his wife. Let us get into the details of Stephen and Ayesha Curry’s date night at the ESPYs!

Stephen and Ayesha Curry were spotted at the ESPY Awards in LA this Wednesday. Stephen was not a nominee these years at the ESPYs but he was there to support his mates. His teammate Kevin Durant of the Golden State Warriors was nominated for the NBA Player of the Year.

The couple headed out of the EPSY’s looking exceptionally well in their matching outfits designed by Michael Costello. Ayesha sparkled in her sparkly black jumpsuit with a low-cut neck. Stephen also looked sharp in his all black suit.

The couple will have their sixth wedding anniversary later this month.  Ayesha had been in a relationship with Stephen for a long time. The couple went on to get married on 30th July 2011. Ayesha is a Toronto native. Together, the couple went on to have a daughter named Riley in 2012 and another named Ryan in 2015. Their children are a living proof of their undying love.

Ayesha Curry and Stephen Curry had recently spent a lovely family trip to Hawaii. Ayesha and Stephen Surry were spotted with their adorable daughters washing and splashing each other with water in the ocean.

Ayesha Curry had shared a spicy and shirtless snap of her husband while on the beach. She captioned the shirtless picture of Stephen Curry quoting a line from the song of Stephen Curry. She wrote, “Can’t keep my hands to myself’. She posted with a heart emoji and furthermore wrote, “Selena couldn’t have said it better”.

The lovely couple currently lives in Alamo, California along with their adorable daughters. Stephen and Ayesha Curry present some major couple goals for all of us.

Ayesha is a lucky woman and Stephen Curry is a lucky man as well. The couple is very much in love with each other. It was clearly visible through Stephen and Ayesha Curry’s date night at the ESPYs that the couple is here to stay.