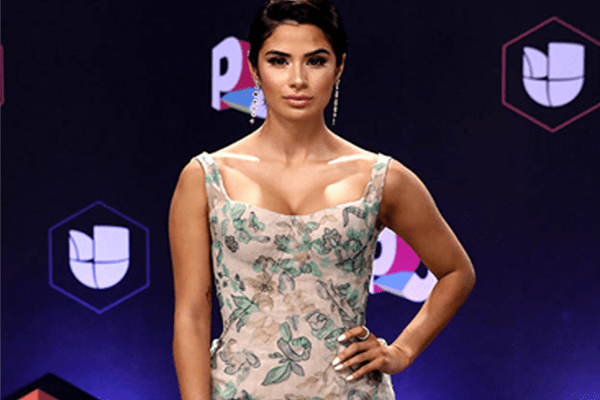 Premios Juventud 2017 has spiced up the temperature of Miami. The teen award show has managed to excite us all with surprising packages from the red carpet to the stage performances. Stars like  Wilmer Valderrama, Iggy Azalea, Shakira, Coldplay, and others have made the night extra special! Le us get into the details of this star-studded night!

Premios Juventud 2017 is a star-studded Univision teen award event which has a little bit of everything to offer. There were many stars that turned heads in the red carpet with their chic and stylish looks. The performers at the Premios Juventud 2017 were DNCE and Iggy Azalea. Satellite performances from artists like Shakira and Coldplay will also be featured.

For stars, it is a night where they experiment with various fashion designs and trends because the entire event is laid back. Premios Juventud 2017 was held at University of Miami’s Watsco Center.

Diane Guerero, better known as the character Maritza from Orange I The New Black stunned everyone at the Premios Juventud 2017 Red Carpet arrival with her floral dress. Alejandra Espinoza, host of Univision also looked like a true beauty queen in a floral print gown stunning a high bun. Iggy Azalea rocked her first Premios Juventud 2017 appearance with her off-the-shoulder burgundy dress.

Debi Nova was most certainly the only person to have made a statement with her immaculate and unique dress. To compete with Nova at uniqueness was singer-songwriter Lelie Grain her white gown. Karol G looked absolutely shimmering in her golden dress with a huge golden hoodie to top it off. Lili Estefan’s striped dress was most definitely a mind boggling and eye catchy one!

Not only did the ladies look stunning at the Premios Juventud 2017 Red Carpet but the men gave an equal competition. Genye De Zona brought Delgado’s son in the red carpet ho stole the show with his NY cap and black and white apparel!

J Balvin might have broken all the rules by wearing a sports shoes to a red carpet event but he looked stunning in his overalls! Nacho made the night extra special by showing off his platinum plaque. Danilo Carrera had hearts pumping and mouths drooling with his perfect smile and maroon suit. All members of DNCE took the red carpet event to a whole new level with their funky styles!