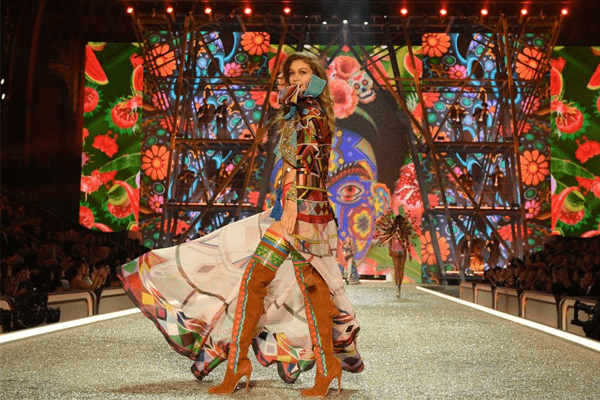 November 30 saw the year’s most awaited Fashion Show, Victoria’s Secret Fashion Show. Like any other time we saw over- the-top shining and glittering lingerie. But this year gave us Angels like Adriana Lima, Alessandra Ambrosio, Elsa Hosk, Gigi Hadid, Kendall Jenner and more.

However, the show was sizzled with the entrance of 25-year-old model, Jasmine Tookes who wore the Bright Night fantasy bra this year. The fantasy bra is known to be worth $ 3 million. Some of the more attractive models were Lais Ribeiro, Martha Hunt, Sara Sampaio, Romee Strijd, Stella Maxwell,

The show was also studded by exceptional artists like Lady Gaga, Bruno Mars, and The Weekend. The Weekend sang his song ‘Starboy’. Lady Gaga looked stunning in a black and red gown. Lady Gaga performed her song, Million Reasons and stole the show. Bruno Mars performed his song, 24K Magic which heated up the glamorous night.

Stepping on the runway were the world’s spectacular bikini hot-bods. The show was a star-studded event. 54 glamorous models walked the runway in Paris. The Victoria’s Secret Angles slayed the runway which seemed to be on fire that night. Every fashion maniac’s dream came true this November.