Home / Celebrity News / Shocking! Mel B files for divorce against husband Stephen Belafonte after then years of marriage!

Shocking! Mel B files for divorce against husband Stephen Belafonte after then years of marriage! 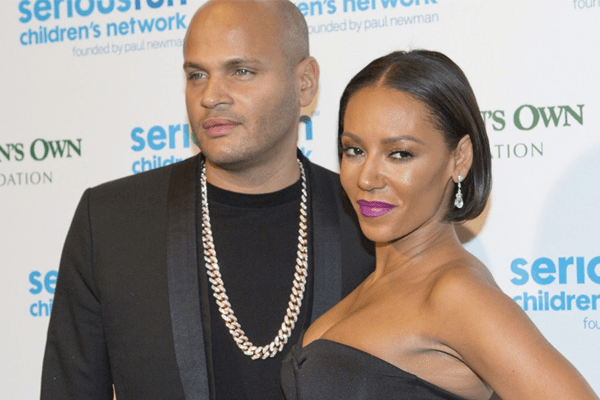 Amidst many ongoing divorces in the glitz and glamor industry, this comes out as a shocking news since Mel B and Stephen Belafonte were married for ten long years. It has been reported that the once power couple, Mel b and Stephan Belafonte will no longer be together since Mel B filed a divorce! Let’s find out more on the news!

The hot and amazing Melanie Brown, dubbed as Mel B who is a judge of The America’s Got Talent is all set to get divorced from her husband, Stephan Belafonte. According to PEOPLE, Mel B filed for a divorce at the Los Angeles Superior Court.

In the divorce paper, Mel B has not only asked for joint legal and physical custody of their daughter Madison but also refused to get any spousal support from her husband.

The couple first met on the sets of Talk and fell quickly in love. After a short dating affair, the couple got married in 2007 in Las Vegas. Together the couple has a daughter named Madison, 5.

Apart from her children with Belafonte, Mel B has a child named Angel Iris Murphy Brown with her ex-boyfriend Eddie Murphy, and another, Phoenix Chi Gulzar, 17 from her ex-husband, Jimmy Gulzar. Giselle Belafonte, 12 is the daughter of Stephen and his ex-girlfriend, Nicole Contreras.

The couple got separated last December. Things seemed to be going well when in 7th February, Mel B posted a sweet selfie of herself kissing Belafonte in the cheeks in her official Instagram account. In the caption she wrote to her husband, that they had been through a lot which would ‘normally tear couples apart’ but that they had overcome it all.

My baby boo @stephenthinks11 we have been through everything that would normally tear couples apart and we have come out on the other side stronger,you loved me before I even new how to really love myself,you are my world honey and let’s not forget you are abit of a dickhead too xxxx #tenyearsmarried #fightfortheineyoulove #theysaiditwouldntlast #bitcheswishtheyhadthis #nowtalkaboutme

Furthermore, Mel also added that Belafonte had loved her even before she knew ‘how to really love’ herself! She showed all her love to Stephen in the post.

The post proved to everyone that things had been going fine and that the power couple would remain to be in love and together. Thus their separation, and now a divorce came out as a shock to all their fans! Mel B seems to have had it with Belafonte this time since there is no going back from the divorce.

Although Mel’s career has been going up, her personal life does not seem to be the same. We wish the best for the family!