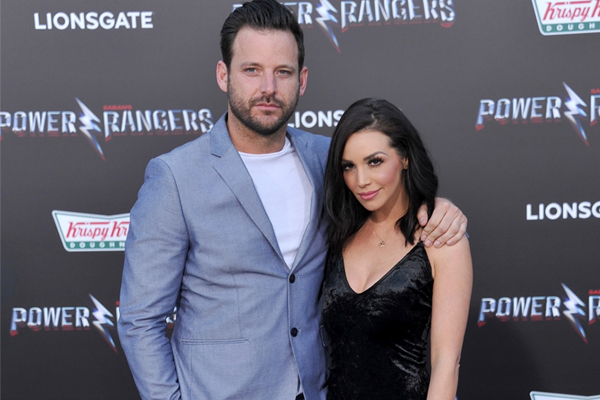 It seems through her recent activities that Scheana shay has found new love all over again after divorce from her ex-husband! The Vanderoumo Rule star, Scheana Shay revealed through her Instagram account that she is in a dating affair with her hot and handsome boyfriend Robert Valletta! Let us find out more about the revelation!

The very hot and desired yet divorced Scheana Shay has finally moved on and is in a relationship! Scheana Shay in her Instagram account posted a picture of herself with Robert Valletta and mentioned him alongside a cute heart emoji revealing to the world that she is dating Valletta.

We like to go on adventures and have fun. This is my happy place. ? @robsvalletta ?? #itsallhappening

They were together on the red carpet of the power rangers and looked super-hot together. Robert Valletta did not fall behind on this and he posted a picture of himself posing along with his co-stars and captioned the picture. However, Robert only revealed that he is super excited to be in a superhero movie.

However, this is not the only time that the couple has been seen together and has posted pictures of each other on their social media sites. More recently, Robert Valletta posted on his Instagram account an adorable picture of himself with Scheana Shay. Shay adorably held Valletta’s shoulder while Valetta held a poster written, “I’M JUST HERE FOR THE FOOD”.

It has not been long enough since Shay got out of her divorce. She had been married to her ex-husband Michael ‘Mike’ Shay. The entire wedding was shown on TV in July 2014. However, the couple got divorced eventually last November.

After the divorce, in an interview with PEOPLE, Scheana Shay shared that their “story will continue on through the love and mutual respect” that the two always had. She also revealed that they had been friends for over 15 years and after the divorce has come to an amicable decision. Furthermore, Shay added that the two might have failed in their relationship but have always been triumphant at friendship.

The rumors of Robert Valletta and Scheana Shay dating have been going on since February. After each of their Instagram posts about each other or their togetherness in events, the rumor has been brewing strongly.

Scheana Shay seems to have moved on and looked happy right now. Robert and Scheana look adorable together. We hope their relationship goes a long road. We wish the best for their potential long and prosperous relationship.

The amount of positive tweets/support I&39;ve received tonight is beyond heartwarming. Thank you all for being on this journey w me! PumpRules

The amount of positive tweets/support I&39;ve received tonight is beyond heartwarming. Thank you all for being on this journey w me! PumpRules