Scarlett Johansson and Colin Jost are in a dating affair 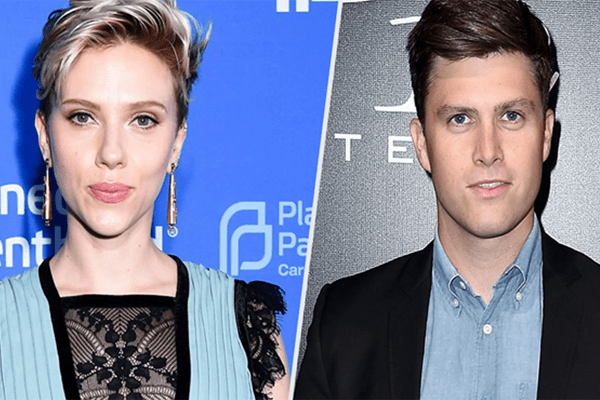 The source shared that Scarlett is getting to know him better and is “really into him” so we should not be surprised if it gets on “the exclusive level”. Although Scarlett is super busy with her work schedule, as usual, she makes out time from her schedule to “see Colin numerous times.”

Scarlett and Colin were spotted getting cozy on the Fourth Of July holiday weekend while getting dinner together at The Palm in East Hampton.

Scarlett Johansson seems to be fond of men with a sense of humor since Colin Jost is a comedian at Saturday Night Live. The source has made revelations to E! News that Scarlett Johansson and Colin Jost are dating because Johansson feels that he is “different than many of the men she has been with”.

Johansson has been a frequent host f the Saturday Night Live. Johansson hosted SNL for the fifth time in March. Her relationship with Colin might have flourished after that.

We know that Johansson is very picky about her movies and her men. She had not been dating for a long time until now. So, we can be sure of the fact that Colin is a good guy.

The couple is said to have had “ a good time together” as revealed by a close source to the couple. The couple is not taking careful or forceful measures but is meeting each other and going with the flow.

Both Scarlett Johanson and Colin Jost wanted the affair to be out from the spotlight so they were reluctant on speaking about their personal life. When asked about his dating life, Colin had shared that he was “very happy” in his personal life but did not reveal Johansson’s name at the Hilarity for Charity event in June.