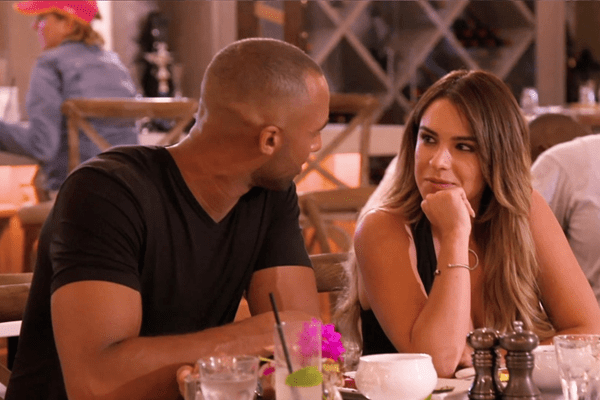 The Saturday night’s episode of WAGS Miami began with Darnell Thibodeaux giving up all her troubles and partying it hard with the girls. The single mom, Darnell looked chilled while enjoying her birthday bash after calling off her engagement. However, things got really heated up when Astrid Bavaresco opened her mouth.

Astrid gave the whole party a negative vibe when she brought up her recent activities like “going out a lot lately” which might have been allegedly ruining her career. Astrid advised Darnell that she did not want her to “sleep on” her career but to find people who “motivate” her to “focus” on her career. Darnell simply shared that she has that but she is “human” as well!

Also additionally the Saturday night’s episode of WAGS Miami gave a glimpse of just how cold the relationship is between Kayla Cox and Faven Liuget. Kayla Cox was clear to as the “comments” that Faven made that rubbed her off “the wrong way”.

However, Kayla Cox is one of the best matchmakers as she sets Astrid and baseball player Michael Crouse on a date! All that Astrid had to say that she was “impressed” and that Crouse is a “cute guy”! The two had two successful dates and the kiss at the end definitely sealed the deal. Astrid shared that she was having a vibe that he “might be feeling” her too. Also, Astrid admitted that she was feeling “nervous” but Crouse made her “feel comfortable” and it “feels good”! So we can totally see the two getting together all thanks to Kayla Cox!

Ashley ends up being the supporting backbone for her fiancé Philip Wheeler after his super bowl loss! However, Wheeler ends up disappointing Ashley when he shares that he is unsure of being “involved in planning the wedding” since it “sounds too much” for him!

To catch up on what happens next, watch the upcoming episode of WAGS Miami!