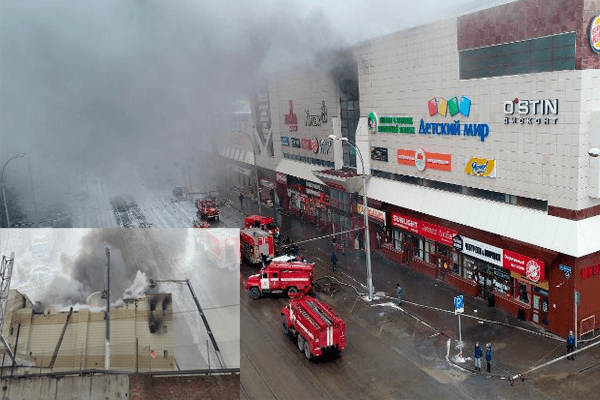 At least 48 are confirmed dead and 64 missing including 41 children after a fire broke out in a shopping mall in the Siberian coal-mining city of Kemerovo. The 37 dead bodies are difficult to identify but nine were reported to be children.

Russian International T.V. network reported 48 were dead in the fire and 12 were hospitalized according to emergency services.

State news agency TAAS reported 20 people were rescued and 100 were evacuated, the fire started from the upper floor of the Winter Cherry Complex, many victims were in cinema halls. 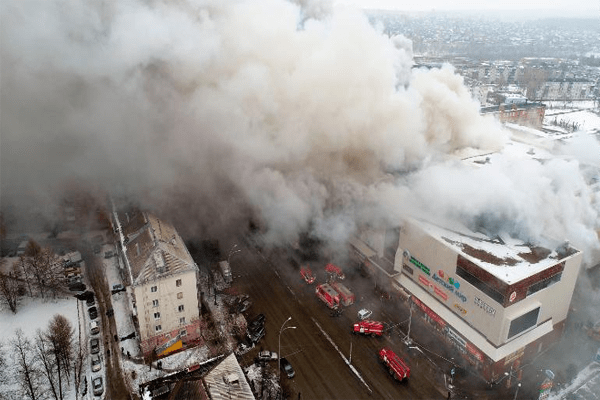 Firefighters including 660 emergency personnel were deployed to boost the rescue effort. The cause of the fire is not yet known and a fire investigation has been launched.

The fire reportedly started around 5 P.M. on the fourth floor of the shopping mall which included three cinema complex, bowling alley, children’s center, food courts, and a petting zoo.

Emergency rescuers but were unable to reach one of the cinema halls on the third floor because of the smoke and the risk of building to collapse.

Deputy governor Vladamir Chernov governor stated the fire started in the children’s entertainment room which had a trampoline with rubber foam. The fire is reported to start from the trampoline pool filled with rubber foam which ignited as a gunpowder.

Drone footage of the deadly fire in the shopping mall in the Siberian city of Kemerovo.

A footage posted on Twitter shows the building being engulfed by smokes of the fire.

The fire in central Kemerovo broke out on the top floor of the four-storied shopping mall and had set ablaze approximately 1,600 square meters. 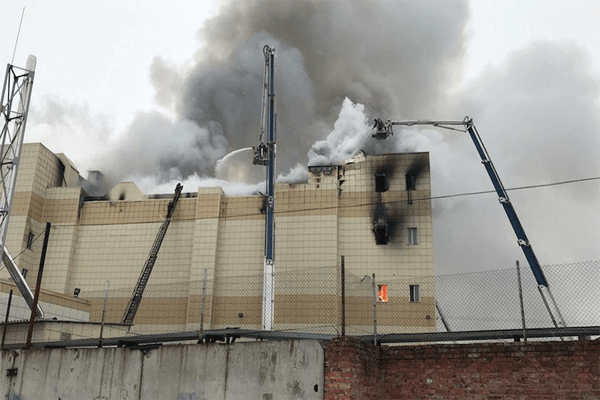 A video shows a man jumping out of the burning shopping mall in Russia. People are screaming in terror as the man leaps from the window of the burning building. The person landed on the canopy before hitting the ground and an ambulance is seen rushing towards the person.

Families of Deceased to receive compensation of 1 million Rubles

He also stated if two members of a family are killed in the fire then the compensation will be two million rubles for a family. 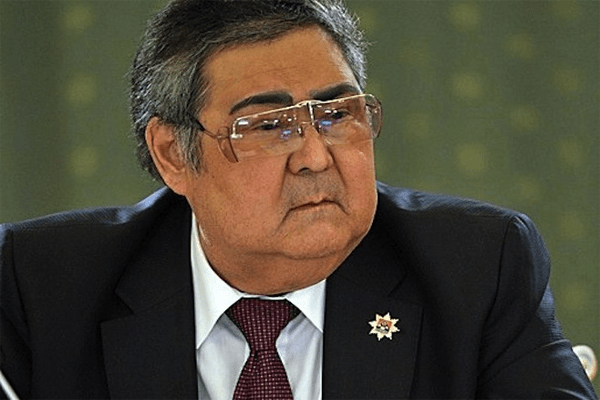 The governor reported to deploying a special group of psychologists, social experts, and doctors to work with each family of the casualties.

He added that he was saddened personally as one of his close relatives also died in the fire who was, unfortunately, a little girl.

Russia has been a target of many deadly fires, in 2009 a nightclub in Perm was set ablaze killing more than 100 people.

Stay with SuperbHub for more News and Entertainment.