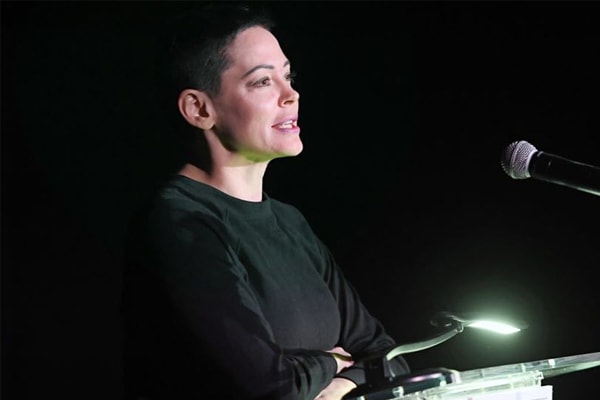 All the hustle and bustle of the Weinstein story began when the New York Times published an exposé on movie producer, Harvey Weinstein regarding his supposed misbehavior over the years. Rose McGowan came into the limelight in this regards when she was mentioned in the exposé for a $100,000 settlement that had been reached in 1997 with Weinstein.

When the article came out, Weinstein’s attorney Charles J. Harder shared to E! News that the article that had been produced by New York Times had “false and defamatory statements.”  Harvey Weinstein was dismissed from The Weinstein Company straight after the article was published.

Rose McGowan took to Twitter to ask A-list celebrities of Hollywood to speak up regarding Weinstein’s misconduct. She also called for the resignation of the Weinstein Company board on Monday.

Rose McGowan wrote a series of tweets through her twitter account where she called out other celebrities for being silent on this matter. Rose tweeted to actor Matt Damon asking him what it is like to be a “spineless profiteer who stays silent”.

She also called out other celebrities like Ben Affleck, Casey Affleck regarding the matter. She also retweeted a Vulture article that had called out Matt Damon and Russell Crowe for allegedly helping “kill a 2004 New York Times Harvey Weinstein Article”. The article was written by The Wrap founder, Sharon Waxman who had looked into Fabrizio Lombardo but later the story was “gutted” after Damon and Crowe vouched for Lombardo.

Although none of the celebrities have commented regarding the matter actress Jessica Chastain vouched for Rose McGowan and revealed that she was “sick of media demanding only women speak up” and shared that she “was warned from the beginning”.

Yes. Im sick of the media demanding only women speak up. What about the men? Perhaps many are afraid to look at their own behavior….. https://t.co/tGUsjUYNMR

The Harvey Weinstein misconduct story has gone beyond bounds and the board of The Weinstein Company has shook but it is for the court to decide on it and for the celebrities to stand against such misconduct in the industry.