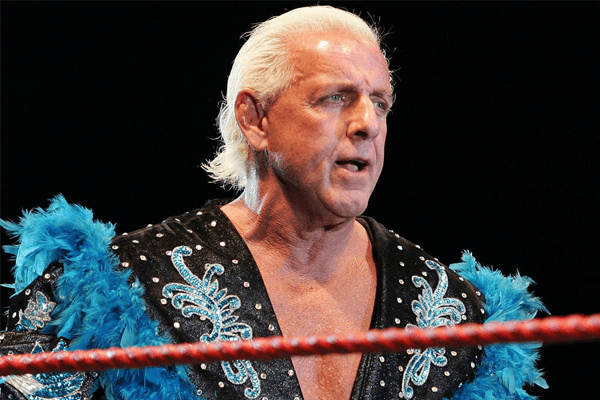 Photo Source:eonline.com
WWE Hall of fame Ric Flair is a showman that the wrestling and entertainment industry would not want to ever lose. In more recent news, Ric Flair’s surgery for undisclosed reason is known to have been successful. It was reported that Flair has been resting after the surgery this Monday. Let us get into the details of Ric Flair’s surgery!

According to reports WWE Hall of Fame, Rick Flair has was admitted to the hospital due to heart-related problems earlier. However, Melinda Morris Zanoni, CEO of Legacy Talent and Entertainment, which is known to represent Ric Flair made it clear though her tweet that Ric Flair’s surgery was not heart-related. So, the surgery is an undisclosed one.

Ric had surgery today (not❤️related)am happy 2report it was a success.Still a long road ahead so plz keep ??4Ric Charlotte Megan David&Wendy

It was reported that Ric Flair was having a bad health condition since he was rushed to the intensive care unit over the weekend. The Pro Wrestling legend had previously been suffering from various health complications. It was also reported y Pre Wrestling Sheet that Ric Flair was sent to the hospital Saturday Morning. The news stated that Zanoni reported it was or routine monitoring. He has been hospitalized near his home in Atlanta.

The surgery has been a success and a relief to his family, friends, and fans. Flair is reported to be resting and fine. It has not been made clear what the reason for his hospitalization. There have also been no reports when he will be getting back to the limelight again.

Are u a Fan/Friend of Ric Flair?If so, we need prayers & positive energy 4 our Living Legend as he is dealing w/some tough medical issues??

Flair, 68 is known to be one of the best showmen in the wrestling arena and has garnered a lot of respect throughout his remarkable career. Having spent almost 5 decades in the professional wrestling arena has given him a respectable position. Ric Flair over the years has managed to be the favorite of many successful wrestlers in the present age. Wrestling champion Seth also spoke about Ric Flair and wished him a quick recovery in one of his interviews.

Ric Flair is often called to give motivational speeches to aspiring wrestlers. We wish a quick recovery of the professional wrestling legend Ric Flair!