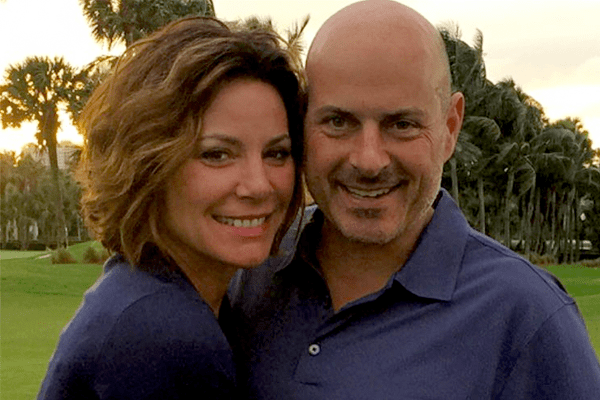 RHONY stars, that Luann de Lesseps and Tom D’Agostino have announced their separation. Luann de Lesseps and Tom D’Agostino has been married only seven months and it looks like they’ve had enough of each other already. The announcement might have shocked many of RHONY fans, but through analysis of the previous RHONY episodes, it is easy to spot the signs that the couple was eventually going to split up!

The Real Housewives of New York City star, Luann de Lesseps took to twitter to announce that she and her husband Tom D’Agostino were going to get a divorce. In the tweet, she shared that she and Tom had “agreed to divorce” and that they would still “care for each other very much”. Luann asked the public to respect their privacy and decision.

It’s with great sadness that Tom & I agreed to divorce. We care for each other very much, hope you respect our privacy during this sad time!

It is surprising to see that Luann de Lesseps and Tom D’Agostino had been married only seven months before. We saw Tom in RHONY in the season eight of the series. Now, it is easy to spot the signs that the couple was not meant to be together.

One of the first signs was that Tm D’Agostino had not only been involved with this RHONy star but others as well. He was previously in a relationship with RHONY stars Ramona Singer and Sonja Morgan. This did not appear as a problem until the clip from season one resurfaced where Tom was seen hitting on Ramona Singer who was married at the time.

Tom D’Agostino has been a woman’s man but it played hard on him. Bethenny Frankel in the season’s finale revealed that she had received pictured of Tom kissing someone else other than Luann. Luann confronted Tom about the pictures which were a huge bump in their marriage.

Not only was this the sign that Luann de Lesseps and Tom D’Agostino weren’t meant to be, to add to all of it, in the ninth season, Ramona’s friend Missy revealed that while the news of his engagement broke, Tom was in a relationship with her.

Finally, even after all of the allegations against Tom were surrounding Luann, she made a bold move to stick with her man. However, she shared that she would rather marry him and later get divorced than call it off just so to prove that people were wrong about her and Tom. However, it has certainly backfired on her!