Rance Howard, actor and the father of Ron Howard, dies at 89, Ron tweets 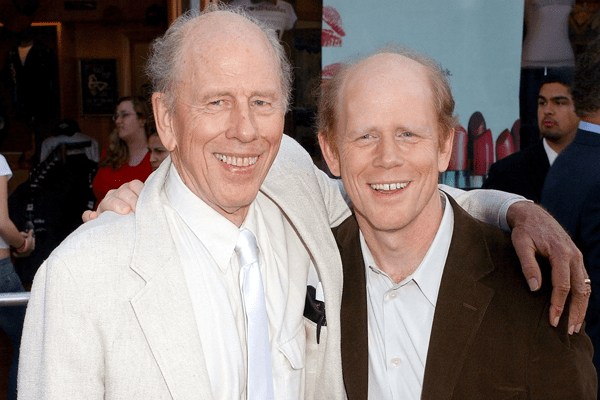 Photo Credit: People
Ron Howard is one of the great directors of his time. Rance Howard has also acted in many of Ron’s movies including Apollo 13, Splash, Cocoon and The Da Vinci Code.

Ron’s younger brother, Clint is also recognized as a successful actor in Hollywood.

“I and Clint have always been blessed to be Rance Howard’s children. He passed today at the age of 89.  He always stood tall for his ability to balance ambition with great personal integrity. A   depression-era farm boy, the passion for acting changed along the course of our family history. Further, we love and miss you Dad.”

Clint & I have been blessed to be Rance Howard’s sons. Today he passed at 89. He stood especially tall 4 his ability to balance ambition w/great personal integrity. A depression-era farm boy, his passion for acting changed the course of our family history. We love & miss U Dad.

Talking about Rance Howard, he is an actor who has been seen in numerous roles in TV shows and film, including Ed Wood and Gung Ho, How the Grinch Stole Christmas.

Previously named as Harold Rance Beckenholdt, he changed his name to Rance when he joined to an acting era.

It seems like he’s been missing his dad a lot. He has been tweeting photos of them(Clint and him) with Rance.

A great picture a friend shared with us. Brother Clint, me and our Dad Rance Howard on the set of #TheAndyGriffithShow pic.twitter.com/4VcWNVF4ce

He retweeted to other directors and TV personalities tweet about his dad’s condolences.

He rewetted to J. Michael Straczynski saying, his dad loved working for the Joe. He was favorite among the directors. Many, Many thanks.

He loved working for the Joe. You were one of his favorite directors. Many thanks

On every TV show there’s always someone, guest or recurring cast, who the rest don’t like. But everyone on #babylon5 loved #rancehoward. He was charming, professional, funny, smart…if we could’ve adopted him, we would’ve. His loss diminishes us. @RealRonHoward

He was married to Jean Speegle Howard, an actress until her death, and then he remarried to Judy Howard.