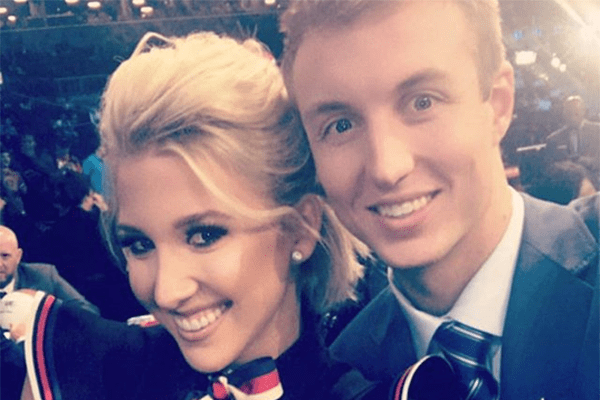 It is not Todd Chrisley who made the official revelation about his daughter dating. It was Savannah Chrisley herself who took to Instagram to reveal to her followers that she had stepped into the dating game and found just the right kind of man. She posted on Instagram that she is dating Luke Kennard. Kennard is a prominent basketball star who was up for the NBA draft in New York City.

To commemorate this auspicious day in her new boyfriend’s life and to show support, Savannah Chrisley wrote that she “proud of him” and thanked him for “choosing” her. It followed with a hashtag “myboyfriendishot”. This was what made Savannah Chrisley dating rumors true.

Luke got drafted in the first round by the Detroit Pistons that night and things have been going smooth and jolly since then! Of course, dating is not as easy as it seems for a teen. E! News interviewed Todd Chrisley to know about his daughter Savannah Chrisley dating her new boyfriend, Luke Kennard.

Thank you @stitchedlife for the AMAZING suit! It’s draft day… Giving God all the glory!

In an interview with E! News’s Jason Kennedy, Todd Chrisley clearly gives a description of his feelings regarding Luke Kennard. Todd shared that a parent prays “religiously that your child brings someone home” and that they are from the similar background and revealed that Savannah has done that!

Todd said with pride that he does not know if the relationship will mature but that if the relationship was to end tomorrow Savannah would “walk away from a better woman”. Todd had nice things to say about Luke when he was asked if he had met him. Todd shared that Luke is “good, decent, honest, honorable young man” and that he loves him!

When asked if Luke was afraid to meet Todd, he shared that Luke is the “sweetest kid in the world”. Todd also revealed that the two lovebirds met when their respective families were dining in Craig’s and that Luke later sent Savannah a message on Instagram of how “beautiful she was”!

Todd ended by saying that they were “ok with Luke” because they know that he will not “step outside of his faith”!