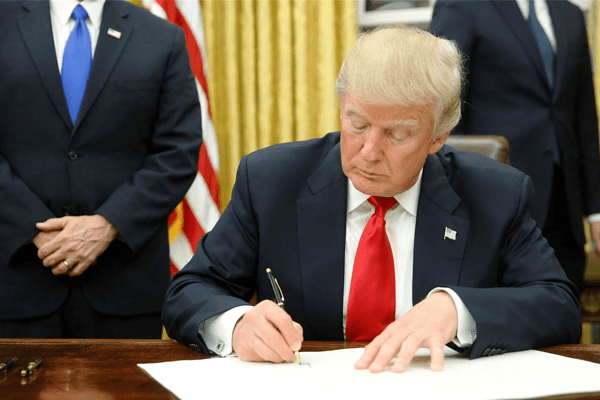 Mr. Chung Yong expressed gratitude on behalf of leader Kim Jong Un and stated he has committed to denuclearization, Trump agreed on the meeting which is reported to take place on May.

Press Secretary Sarah Huckabee Sanders on March 8th said that the President appreciated the nice words and accepted the invitation to meet with Kim Jong Un at a place and time to be decided.

White House looked forward to the denuclearization and added: “in the meantime, all sanctions and maximum pressure must remain.”

Though the South Korean security advisor has set a meeting deadline for May, a senior administration official stated reporters that the “time and place” were due to work out, the meeting will happen in a couple of months.

There has been no face to face meeting with the North Korean Leader-although former president Jimmy Carter and Bill Clinton visited the Korean province in 1994 and met with Kim’s Grandfather and father.

Leader Kim Jong Un made this extraordinary diplomatic approach after heightened nuclear showoffs and testings between the two leaders who exchanged continual military threats and insults.

In the past, Trump has called Kim “little rocket man” and had threatened the country with the destruction of its nuclear tests, While Kim mentioned Trump as a “mentally deranged dotard” and also threatened to rain nuclear fire and bombs to Washington D.C.

President Trump took the agreement news on his Twitter on March 9, 2018, he states seeing a great progress from North Korea.

Kim Jong Un talked about denuclearization with the South Korean Representatives, not just a freeze. Also, no missile testing by North Korea during this period of time. Great progress being made but sanctions will remain until an agreement is reached. Meeting being planned!

Stay tuned with SuperbHub for more Celebrity news and entertainment.