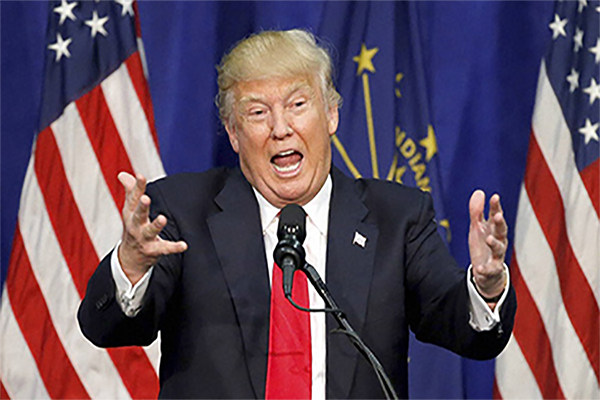 The 70 year old, President- elect Donald John Trump has had many controversies up his sleeve. He has yet again taken-on to wipe the dust off his status using one of his essential tools, Twitter!

Donald Trump has risen to fame not only through Celebrity Apprentice or through his multi million companies, but also through his social media feuds and controversies along the way of becoming the president of United States. Throughout his 2016 US presidential election campaign, Donald Trump has emphasized on any topic related to China. He seems to have an eye on every move of China.

More recently, Donald John Trump, the president of United States made calls to the newly elected first female president of the self-ruled island of Taiwan, Tsai Ing-wen to have a direct meet in New York City. The personal telephone call between the leaders of the two counties is the first of its kind after 40 years interval which leaves the nation baffled.  There are assumptions that after the call, Tsai Ing-wen is going to meet the President of America, Donald John Trump before 20th January.

Although Taiwan is not a part of China’s authority, Beijing has a constant part in its ruling. Why has this call become an alarming issue for China? It is assumed that Donald Trump is making propositions to change the US foreign policy with Taiwan which is said to affect the long running economic relationship between China and USA. The Chinese government now hopes that the US does not allow Tsai’s transit in US to meet Donald Trump.

At present, Donald Trump and his advisors have been tagged as pigs by a newspaper affiliated to China’s Communist Party. China has called Donald Trump’s call with Tsai Ing-wen as a protocol-defying phone call. While on the other hand, Donald Trump ultimately used his twitter account at the end of the day to address the issue of the 10 minute controversial call. In his tweet he attacked Beijing regarding the issue about the South China Sea and made allegations about currency manipulation as well.

The president of United States, Donald John Trump seems to disregard the issue of the phone call while Beijing seems to call it a policy shift. Some presume that the whole set up is a new start to the relationship between the two super powers, China and United States of America, while other (more specifically Trump’s supporters) do not think of it as a huge issue but merely a diplomatic move.


Melania and I are honored to light up the WhiteHouse this evening, for WorldAutismAwarenessDay. Join us & LIUB. https://t.co/o07NPQTCyK pic.twitter.com/7zzwSwBdZK

Melania and I are honored to light up the WhiteHouse this evening, for WorldAutismAwarenessDay. Join us & LIUB. https://t.co/o07NPQTCyK pic.twitter.com/7zzwSwBdZK