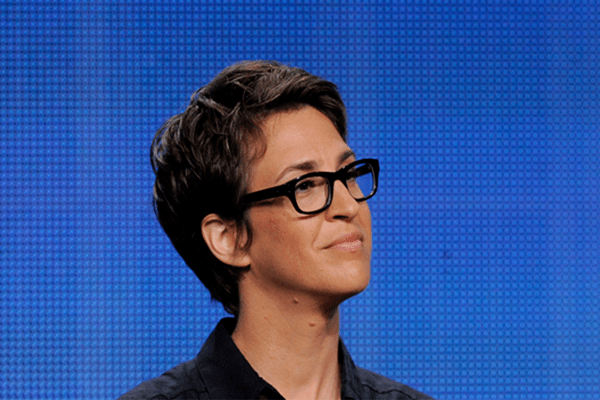 Many American’s have ample knowledge of where the nearest fast food stand can be but they are clueless about the Tax returns paid by their president Donald Trump! In her recent tweet, Political Rachel Maddow grabbed the attention of anyone holding a hot dog and scrolling through Twitter. Rachel Maddow made an announcement that she was going to reveal Donald Trump’s tax returns of 2005 which is obviously his first federal returns released to the public!

The host of Tuesday MSNBC show, Rachel Maddow, along with the assistance of The Daily Beast collected the 2005 tax returns of Donald Trump which summed up to be $ 38 million. Out of Trump’s $ 150 million income accumulated in 2005, Trump paid $5.3 million to federal income tax and $ 31 million to Alternative Minimum Tax.

As cryptic as Rachel Maddow’s tweet was, her style of slowly and excitingly revealing the details of Trump’s tax returns was unbeatable! David Johnson of The Daily Beast pointed out the Donal Trump’s effective tax rate turned out to be approximately 24% which roughly sums up to the upper-middle-class couple’s taxes to be paid to the government.

However, this detail cleared up the rumor that Donald Trump hadn’t been paying taxed, the rumor that Trump on his own incited in one of his campaign speeches. After the show was over, Donal Trump Jr., Trump’s son, tweeted thanking Rachel Maddow for proving to her followers who are mostly Trump’s haters how successful Trump is and “that he paid $40mm in taxes”.

Adding to the release, the White House spokesperson also released a statement that Trump had indeed paid $38 million dollars “even after taking into account large-scale depreciation for construction, on an income of more than $150 million dollars”. He also added that Trump had paid it other taxes such as sales and excise taxes and employment taxes. He also added that the publication of this detail without consent is “illegal to steal and publish tax returns.”

Although Trump had been claiming on his campaigns how h was clever to evade taxes and never pay any of them, it turns out that Trump did pay his taxes, at least in 2005. Trump’s tax returns of 2005 have made people more eager to learn his tax returns in other years as well.