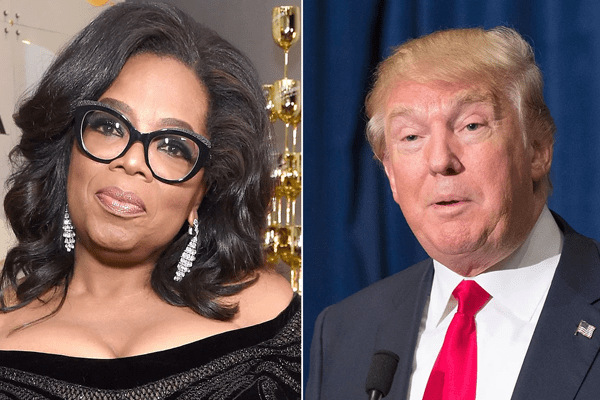 Finally, Oprah Winfrey has reacted to President Donald Trump’s Tweets where he called her “Very Insecure”. The Commander-in-chief Trump blamed Oprah Winfrey by saying that the question asked to a panel of people were totally biased and slanted in the 60 minutes show.  More than that President also challenged Oprah to run for the presidency in 2020 just to be defeated by him.

Just watched a very insecure Oprah Winfrey, who at one point I knew very well, interview a panel of people on 60 Minutes. The questions were biased and slanted, the facts incorrect. Hope Oprah runs so she can be exposed and defeated just like all of the others!

Oprah was invited to Ellen DeGeneres show and asked “What did you feel about Trump’s Tweets about you?” by Ellen. Oprah replied that it was really confusing and she didn’t know what to do. She said

“I didn’t do anything because I don’t like to give away negative powers.”

But, Winfrey for sure called the 60 minutes producer and watched the whole tape multiple times if there were any biases. She had previously suggested to balance the tape and revised it multiple times. She is totally fine with her work and claims she had worked very hard on that.

Now everybody is used to his tweets. Trump can fire his tweets at any time, to anywhere and to anybody. His latest tweets are to the FBI for their negligence and victims of Parkland Shooting.

Will Oprah Winfrey Run for President in 2020?

Her famous Golden Globe Speech became a hint for people and her fans to speculate that she was running for the White House in 2020. But Oprah Winfrey is sure she is not running for the president. At least she was sure about that in 2017.

But in 2018 sometimes she has said “Okay” and once her longtime partner Stedman Graham has said, “It’s up to the people.” And one confidential source of CNN, who is also Oprah’s good friend said that Winfrey is actively thinking about the participation in 2020 for the presidency.

Well, Oprah might run for President because apparently, you don’t have to be experienced in any office to run for president. If Trump can do it, she can do it. God Bless America!