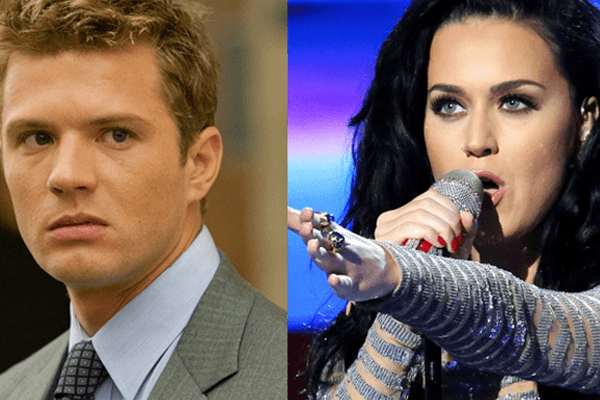 It is very common for the paparazzi to make assumptions based on small actions or fling. Actor Ryan Phillippe cleared all the allegations of dating affair with alleged girlfriend Katy Perry just after a few weeks of hustle and bustle about their rumored affair.

The rumor of singer Katy Perry and actor Ryan Phillippe in a dating affair began brewing when the paparazzi spotted the two getting comfortable, and as sources say- getting flirty- in Elton John’s birthday party.

On the final weekend of March, during Elton’s birthday bash, Ryan Phillippe encountered Katy Perry for the first time. But as sources reveal, Perry and Phillippe were too comfortable. The sources said that While Ryan had his “hand on her knee”, Katy was “totally giggling”. The paparazzi were quick to term it flirting!

The rumored affair went on for a couple of weeks until Ryan Phillippe had enough of it!

Ryan was very sarcastic and quick to clarify the fact that he was not dating Katy Perry. He took to twitter to reveal the truth among his followers. Ryan wrote through his twitter account that he was “ NOT DATING KATY PERRY” and that he barely knew her. Ryan was not afraid to add a sarcastic statement asking people to “STOP FLYING HELICOPTERS” over his house since Katy Perry was not there!

I AM NOT DATING KATY PERRY. BARELY KNOW HER. PLEASE STOP FLYING HELICOPTERS OVER MY HOUSE. SHE IS NOT HERE.

Ryan was previously married to actress Reese Witherspoon. The couple divorced after 8 long years of togetherness in 2007. Also, the couple together has two children named Ava and Deacon. Ryan has since been in a relationship with Paulina Slagter whom he was set to get married with. Ryan has since stayed single.

Katy was also in a relationship with partner Orlando Bloom but the couple broke up in February. However, the pair is known to be still in touch. A close source to Katy and Orlando revealed that Katy was the one who ended the relationship due to a few misunderstanding over the past months. The source also said that “They both still love each other very much” and may even get back pretty soon. They may have parted ways for some space!

As per Ryan Phillippe’s twitter declaration, he does not know much about Katy Perry and both of them are not much interested in the other.

So it is safe to say that the couple is not dating and are best left alone!

Can u let me out of this basement pls? https://t.co/I2WKOsIxak

Can u let me out of this basement pls? https://t.co/I2WKOsIxak